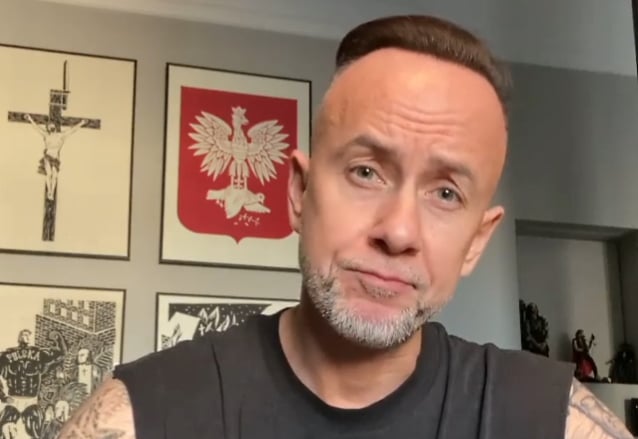 Despite facing soaring COVID case numbers and one of the highest death rates in Europe, the Polish government decided to allow religious services to go on but tightened limits on the number of people attending church, permitting one person per every 20 square meters.

Earlier today (Saturday, March 27),the Polish-born Darski, who has always been outspoken against religion, took to his Instagram to write: "Polish government has just announced full lockdown in Poland. Pretty much EVERYTHING shuts down: restaurants, malls, gyms, barbershops but... churches. As much as I despise 99% of their mindless decisions this one puts a big smile on my face.

"I deeply believe churches should be fully open despite pandemic. Not 100% capacity but 150% or more! Go and share your passion my fellow Catholics, share the sign of peace, hold your hands... kiss each other if needed! French kissing too if there's desire for that! Christian LOVE should have no boundaries really!

"No one expects intelligence, common sense or imagination from Polish Catholics bu we do expect they do NOT compromise their faith, don't we?

As of Thursday, Poland had has recorded 2,120,671 cases and 50,340 deaths, according to the European Centre for Disease Prevention and Control. The country has a death rate of 106 per million, which is well above the European average of 67 per million, based on the most recent two-week average.

On Wednesday, the nation of 38 million inhabitants recorded its highest daily number of new COVID-19 cases in the pandemic, reaching almost 30,000. There were 575 deaths.