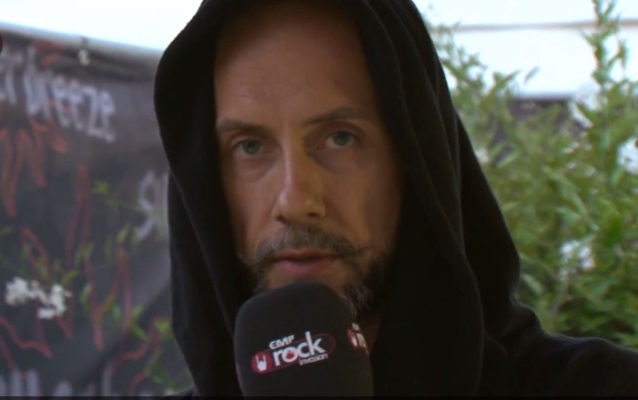 EMP Rock Invasion earlier in the year conducted an interview with guitarist/vocalist Adam "Nergal" Darski of Polish extreme metallers BEHEMOTH. You can now watch the chat below.

Speaking about BEHEMOTH's propensity for writing music that, despite its extreme nature, possesses a lot of "hooks," Darski said: "I like hooks. I mean, we all [grew up on] rock and roll, and I like rock and roll song structures."

Asked what defines "rock spirit" for him, Darski said: "Balls. There's balls in riffs and in the songwriting and in the approach. I don't think it's definable. It's either there or it's not, and I'm sure that [BEHEMOTH's latest album] 'The Satanist' has a lot of balls."