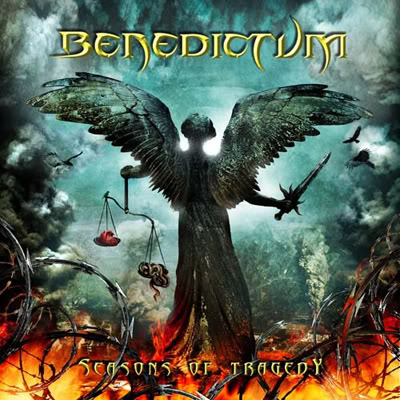 A video trailer for BENEDICTUM's sophomore album, "Seasons of Tragedy", can be viewed below. Due in Europe on January 25 via Locomotive Records (March 4 in the U.S.),the follow-up to 2006's "Uncreation" will contain 10 original songs plus a cover version of the ACCEPT classic "Balls to the Wall". The digipack edition will also include a cover of RAINBOW's "Catch the Rainbow". Guest musicians on the CD include George Lynch (ex-DOKKEN),Manni Schmidt (ex-RAGE, GRAVE DIGGER),Jeff Pilson (ex-DOKKEN, FOREIGNER) and Craig Goldy (DIO).

Check out the "Seasons of Tragedy" cover artwork at this location.