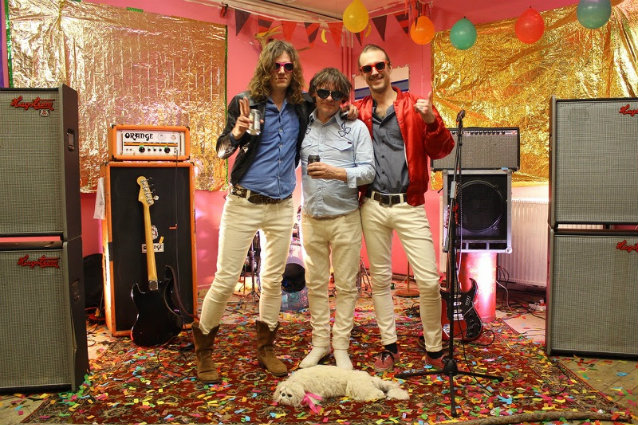 "Eye On You", the new video from BIG KIZZ — the rock band featuring drummer Axel Sjöberg (ex-GRAVEYARD),guitarist John Hoyles (SPIDERS, ex-WITCHCRAFT) on bass and vocalist / guitarist Pontus Westerman from Swedish garage outfit LADY BANANA — can be seen below. The song is the title track of the band's debut EP, which will be released on June 9 via Tee Pee Records.

"We used the multibillion dollar budget that Tee Pee gave us for this video and spent it all on something else other than the video," Sjöberg comments. "But we're pretty confident that it will win all the awards in the world! And that you'll have a good time watching it!"

BIG KIZZ's bad-as-hell debut features the swinging originals "Eye On You" and "Baby Boy" and a rousing remake of the Roky Erickson ripper "White Faces". The three-song release — described as "good time rock 'n' roll energized with elements of power pop and punk" — is but a precursor to BIG KIZZ's full-length debut, tentatively slated for release this fall.

Regarding BIG KIZZ's formation, Sjöberg said: "I've been doing this too long to quit rocking now. When I turn a page and wonder what to do in life, I go to country lyrics and in this case Willie Nelson: 'The life I love is makin' music with my friends, and I can't wait the get on the road again.' So that's just what I did; I made music with my friends." 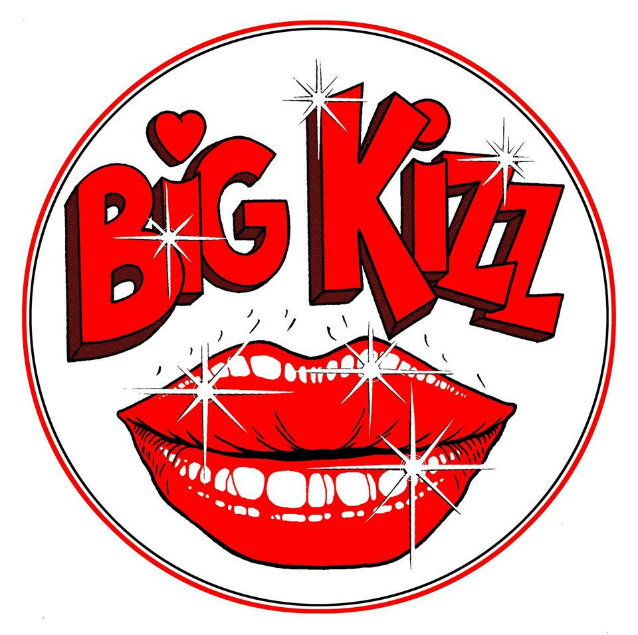