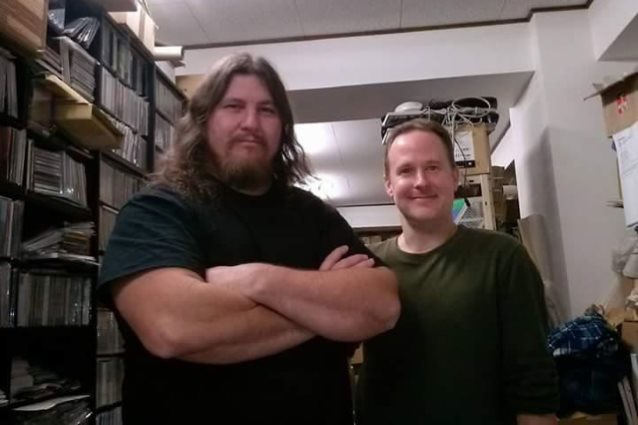 Last week, Rozz and Lee announced that they were rejoining forces in a revamped version of MASSACRE, dubbed MASSACRE X (the "X" was said to be "silent" and represents the band's tenth lineup). The main objective of the group — which also features Rozz's THE END bandmates Michael Grim (bass/vocals) and Mike Mazzonetto (drums) — was said to be "to rekindle the sound, style, aggression, and passion that originally elevated MASSACRE to cult status in the death metal scene two and a half decades ago."

Now, in a statement released to BLABBERMOUTH.NET, Andrews — who moved to Japan in the early 1990s — said that he does not approve of this latest attempt to reform MASSACRE and has threatened legal action if Rozz and Lee move forward with their plans.

Andrews said: "In light of the recent news that a version of MASSACRE are back on the scene, I would like to remind the parties involved, Rick Rozz and Kam Lee, that I started MASSACRE in 1984. As was my right, the name MASSACRE has been trademarked internationally by myself and Terry Butler. The name MASSACRE CANNOT and WILL NOT be used without our permission."

The new MASSACRE is managed and represented by World Entertainment's Gunter Ford and Alexander Ford. Booking in Europe is being handled by Paul Ryan at UTI, while booking in the USA and Canada is being taken care of by Mark Hyman and Andrea Roberts at ATI.

MASSACRE is working on tours for the U.S.A, Europe, Latin America, and other areas worldwide. The plan is to play the "From Beyond" album, along with a few old classics from DEATH and the pre-DEATH outfit MANTAS.

Lee joined THE END on stage on December 9 in Melbourne, Florida to play four MASSACRE songs. Video footage of the "Dawn Of Eternity" performance from that concert can be seen below.

MASSACRE's last incarnation included Rozz and Mazzonetto alongside bassist Terry Butler and vocalist Ed Webb. That lineup lasted for four years and released a critically acclaimed album, 2014's "Back From Beyond", via Century Media Records.

♫♪♫ ("MR. MICHAEL GRIM AND MR. KAM LEE LIVE IN MELBOURNE FLORIDA LAST NIGHT, IT WAS A "MASSACRE" MY FRIENDS AND OLD...