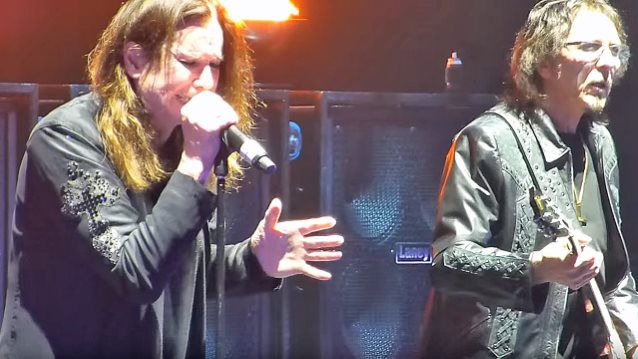 BLACK SABBATH's "Paranoid" and BRING ME THE HORIZON's "Run" are among the songs that will be featured on the Puff Daddy-curated in-game soundtrack for "WWE 2K17". The curator choice means that the Grammy Award-winning hip hop recording artist, producer and entrepreneur will help set the gaming mood for WWE 2K17 by selecting 13 songs by well-known and emerging musical artists across multiple genres.

"I am a huge WWE fan," Combs said in a press release. "I love the intensity and the competition and I wanted fans to feel that energy in the soundtrack for WWE 2K17.

"While prepping for the upcoming Bad Boy 20-Year Family Reunion Tour, I've been thinking a lot about the past and the artists that inspired me.

"I mixed some of my favorites with some of the best new acts in the game today to create something really special."

This announcement marks the latest collaboration between Puff Daddy and WWE. He previously rocked the WWE universe as the headlining musical act of 'WrestleMania 29' and as a featured Tribute To The Troops performer. He also partnered with WWE in multiple charitable endeavors, including as a Be A Star ambassador and a Superstars For Sandy Relief event co-host.