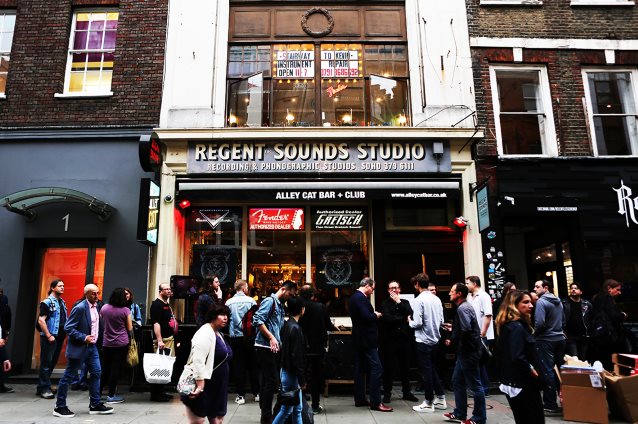 Wednesday, July 26 saw an audience of selected media and devoted BLACK SABBATH fans gather at Regent Sounds Studios in London to celebrate the launch of "The Ten Year War" — a limited-edition vinyl box set released through BMG on October 27.

In the packed, hot and sweaty dank basement — the perfect environment to celebrate BLACK SABBATH's enormous contribution to dark, heavy music — the audience was first treated to a video message from drummer Bill Ward, before the riff master himself, Tony Iommi, arrived onstage for an intimate question-and-answer session hosted by Mojo and Planet Rock's Phil Alexander. Iommi discussed his memories of the band and the squalor of their early days, alongside their battles with the press, the controversy of their occult image and running battles with skinheads with hammers throughout their Ten Year War in the seventies.

"We virtually lived together for all of those years," remembered Iommi. "But all those things brought us together, all the ups and downs we had, we stuck together because we had to fight the whole world at first, to get people to listen to us."

Despite BLACK SABBATH's multi-million selling albums and rabid fan base, this adulation wasn't always mirrored by the music press at the time. The band received more than their fair share of criticism, prompting them to publish "The Ten Year War" brochure; a playful dig at journalists with the witty tagline "more good press than most — more bad press than any." The brochure is reproduced in full and gave the box set its title.

"For some reason the British press just couldn't stand us, so we eventually just got to a point where we said, 'That's it, we're just not going to do any more press.'" Iommi said. "It just wasn't worth it, we were getting better press by not doing press.”

"The only way I could ever think about recording BLACK SABBATH was to literally throw a lasso around it and pull it in," he reflected before picking "Hand Of Doom" from their second album, "Paranoid", as one of his most cherished musical memories. "I just love that song, it's great to play, I wish I was still playing it, I miss it, but I love it. It's part of who I am and it's part of who those guys are as well, it's part of the SABS, it's SABBATH's music.”

Throughout the evening, music from "The Ten Year War" box set was played in MQA audio, the new master quality format. MQA perfectly captures and reproduces the sound of the original studio recording and was paired with Meridian Audio equipment for a spectacular sound. 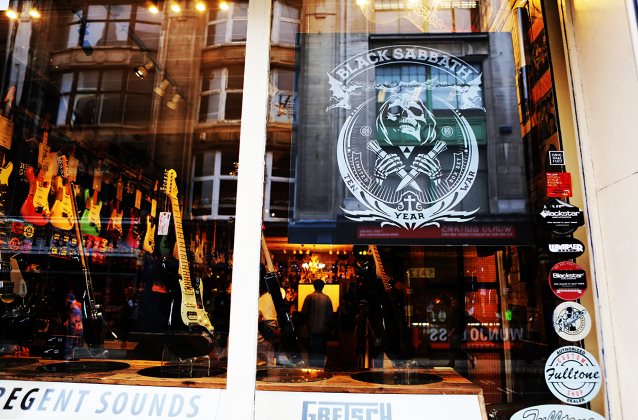 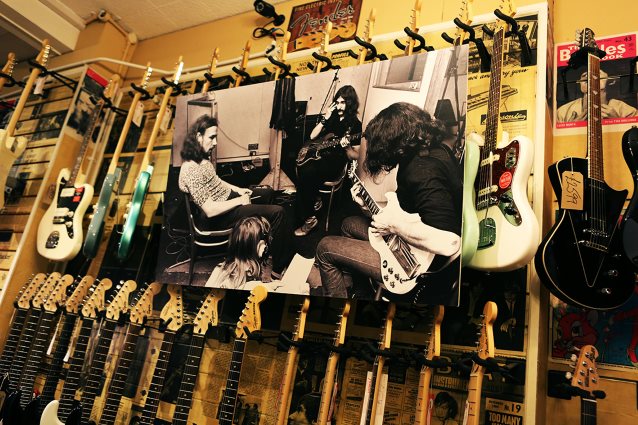 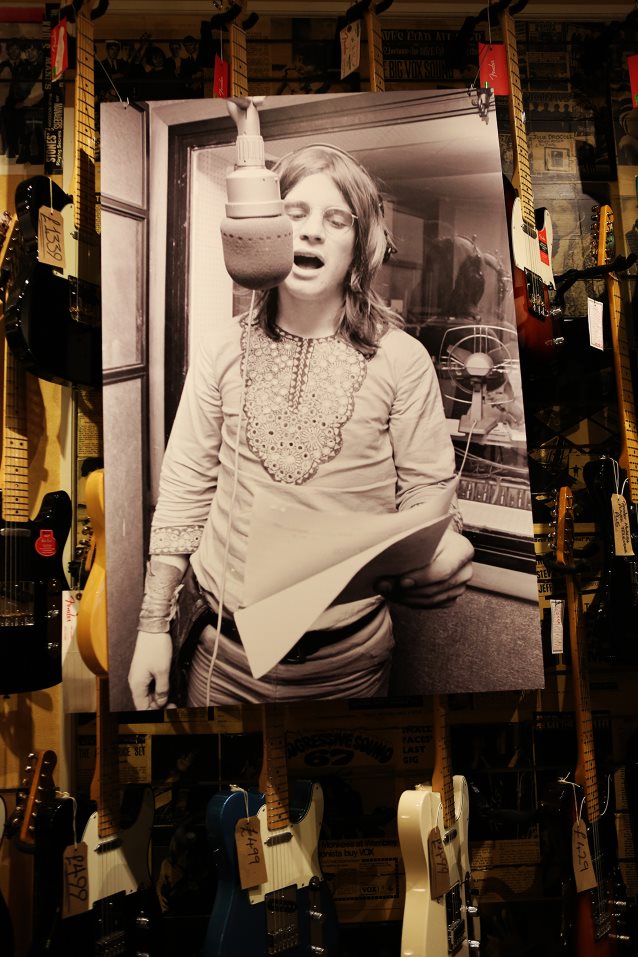 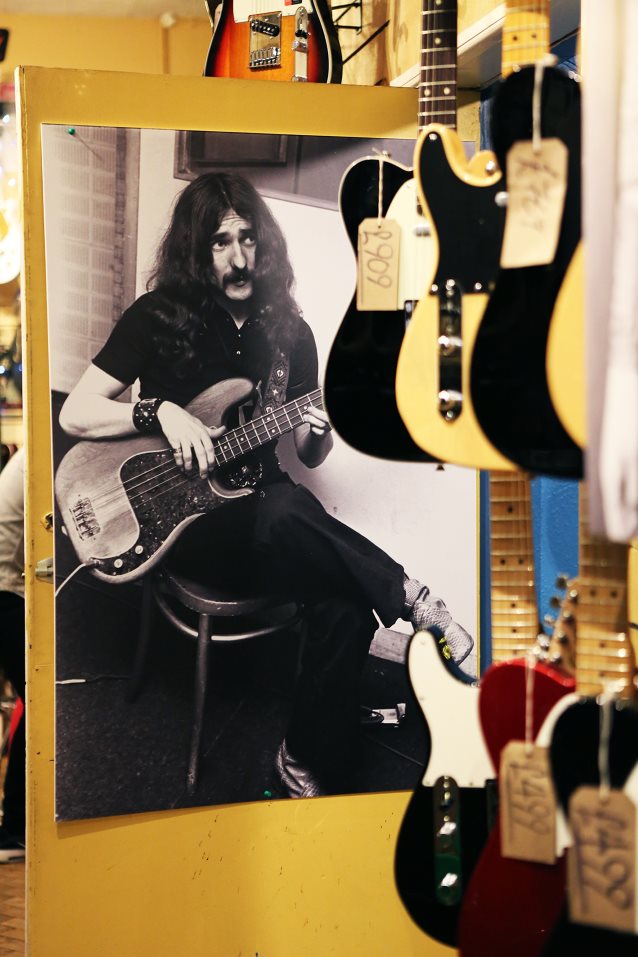 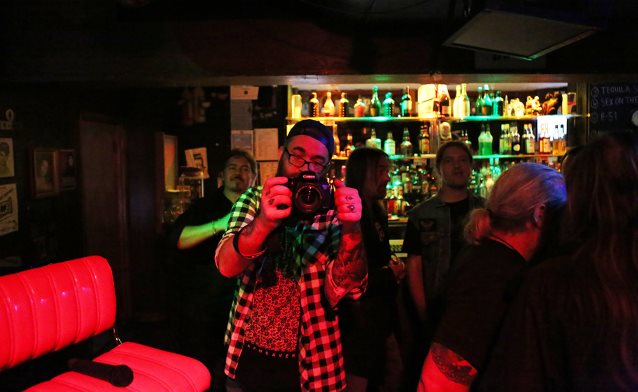 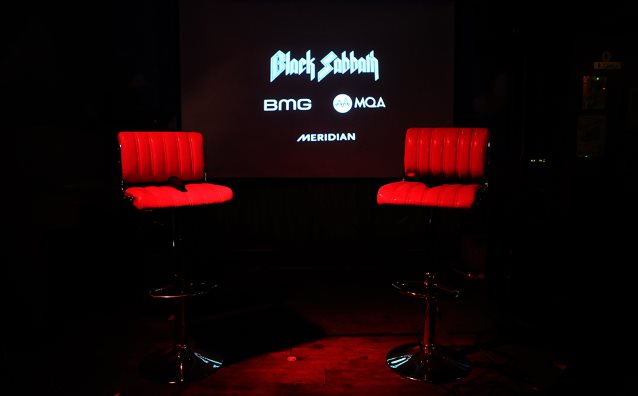