Metal Hammer magazine has announced that metal's founding fathers, BLACK SABBATH, will be the recipients of the Golden God award, the most prestigious award of the night, at this year's Metal Hammer Golden God Awards in association with Orange Amplification. The awards take place at the IndigO2 at The O2, London on Monday, June 12.

Founding member and metal legend Tony Iommi will be on hand to collect this coveted award of behalf of the band, following in the footsteps of the likes of IRON MAIDEN, SLAYER, MOTÖRHEAD and more.

In 2016, BLACK SABBATH began their monumental "The End" world tour that saw original members Tony Iommi, Ozzy Osbourne and Geezer Butler, along with Tommy Clufetos and Adam Wakeman, play an incredible 81 shows in all corners of the globe. The tour and BLACK SABBATH's incredible 49-year career came to a close in February 2017 with two glorious shows in their hometown of Birmingham.

BLACK SABBATH's Geezer Butler says: "Thank you for this award. It's good to know that after almost 50 years, SABBATH is still relevant, and has its importance in the history of music. I want to thank our fans who have been with us along the way. Without them, there would be no SABBATH."

BLACK SABBATH is without doubt one of, if not the, most important and influential bands in rock music. They were the pioneers of metal, and albums such as 1970's "Paranoid" and 1971's "Master Of Reality" saw them define the genre. They have sold more than 75 million albums, been inducted into the U.K. Music Hall Of Fame and U.S. Rock And Roll Hall Of Fame in 2005 and 2006 respectively, and won countless accolades, but it's the plaudits from their fellow musicians that really brings the band's influence and importance into perspective.

James Hetfield (METALLICA): "SABBATH got me started on all that evil-sounding shit, and it's stuck with me. Tony Iommi is the king of the heavy riff."

Slash (GUNS N' ROSES): "There's just something about that whole record ['Paranoid'] that, when you're a kid and you're turned onto it, it's like a whole different world. It just opens up your mind to another dimension. 'Paranoid' is the whole SABBATH experience; very indicative of what SABBATH meant at the time. Tony's playing style — doesn't matter whether it's off 'Paranoid' or if it's off 'Heaven And Hell' — it's very distinctive."

Scott Ian (ANTHRAX): "I always get the question in every interview I do, 'What are your top five metal albums?' I make it easy for myself and always say the first five SABBATH albums."

"BLACK SABBATH are, quite simply, the Ground Zero for metal," says Metal Hammer editor Merlin Alderslade. “Without them, heavy music wouldn't exist as we know and love it today, and it only seems right that in a year where we're celebrating the power of our scene, we acknowledge the influence of the Mac Daddies themselves. We can't wait to blow the roof off the O2 on Monday June 12 for the biggest party of the summer."

As well as honoring the great and good of metal, the Golden God Awards will see live performances from MASTODON, CLUTCH, AVATAR and ORANGE GOBLIN. With a capacity of just 2,000, this will be one of MASTODON's most intimate performances in years.

FOZZY frontman and WWE megastar Chris Jericho — who also appeared at this year's Wrestlemania event in front of 70,000 people — will be coming straight from playing this year's Download festival to host. 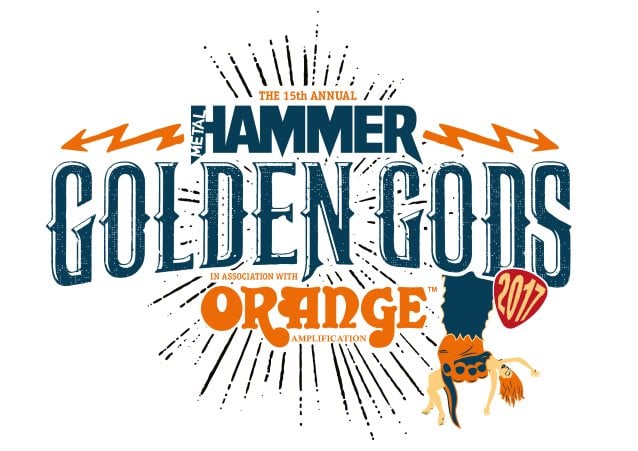