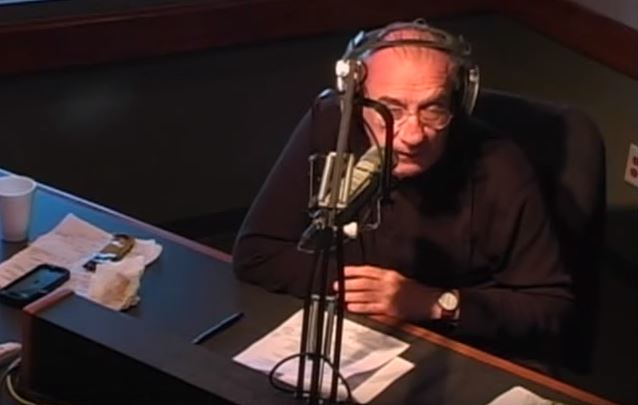 "First of all, I love the sound that he gets from his snare drum and the way that he performs on his snare drum. It's solid. It's solid drumming. It's really solid, precision… He's very precise, he's very accurate. And I just think he's… You know, he's just built… For a drummer, he's… Just his entire performance as a drummer is something to really behold. I think he's very entertaining."

"Lars has been with us for a very long time now. I remember when the 'black' album came out and I can remember sighing under my breath and saying, 'My god. Thanks. Thank you. I'm really glad that came out.' I guess that might be something of a rude statement, but that's what I felt, you know, because, musically, everything seemed to have gone in different directions and everything, Which is okay, I guess, 'cause that's the way the world turns, but when the 'black' album came out… I'd heard Lars on other albums, prior to that, with METALLICA, and I really liked what they were doing. But I think what I was attracted to was the 'black' album, which itself became controversial, because lot of people [didn't] necessarily like that. The bottom line is, 'Enter Sandman' is on the 'Black' album, and we played that today as a special Halloween treat. Lars, again, is just a great drummer. He's got good legs, good bass drums… slams… Slams like heck, man. I've seen the guy play on multiple occasions, and when he lays in, he lays in. He's a really tough drummer."

"As many of you know, Dave played with SLAYER for a number of years — many, many years, actually — and we played today PHILM, which is his main band now. And PHILM are doing really well. PHILM are great live. You have to go and see them, if you haven't seen' em, because they are unbelievably good… When they explode on stage, which they do, and the flurry of playing — I'm talking about all the guys right now in PHILM — the flurry of action is just phenomenal to watch. Let me just focus right in to Dave for a second… When he explodes, which he does, I can't even see him move… I mean, I saw some drummers in my life and the speed of how they play. And I've been literally only four or five feet away from Dave sometimes at the shows where I've listened to him play, and he's a blur. When he plays, he's an absolute blur. And I can't see what he's doing. It's just, like, 'What the fuck is he playing, man?' But he knows what he's playing. He's built in, he's tough, he's got everything going on. He's a brilliant jazz player. His jazz playing is just so incredible. And I know it's just gonna go on and on for a long time to come. And his rock and his metal playing is just superb. He's got great bass drums. He's got great legs. It's just, like… He nails it, man. Yeah, Dave Lombardo, man, he's dynamite."

The original lineup of SABBATH reunited in late 2011 for a new album called "13" and a world tour. Although Ward was on board at first, he dropped out over what he called contractual issues. Ward will apparently not be part of the band's 2016 farewell tour either.