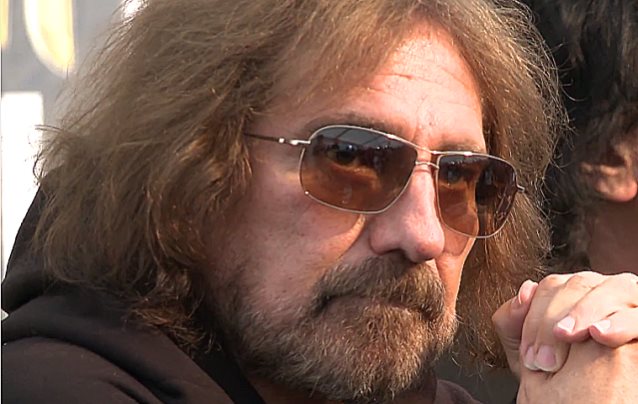 BLACK SABBATH bassist Geezer Butler was asked by KillYourStereo.com what is left on his bucket list from a "non-musical point of view." He responded: "I'd like to write a memoir for my grandkids, because by the time they are grown, I'll be long gone, and I'd like them to learn about me from my own hand rather than hearsay."

SABBATH's farewell tour, dubbed "The End", finished up a North American leg on March 7 in Vancouver and next heads to Australia.

Butler admitted in an interview with Rolling Stone that the tour is "bittersweet," saying, "I'm glad we're finishing on a high note but sad that it's the end of what I've known for most of my life."

The band has made an EP featuring four songs left over from the "13" sessions available at the shows.

Although SABBATH will not tour again after this run, Butler, Osbourne and Iommi have not ruled out recording together again.