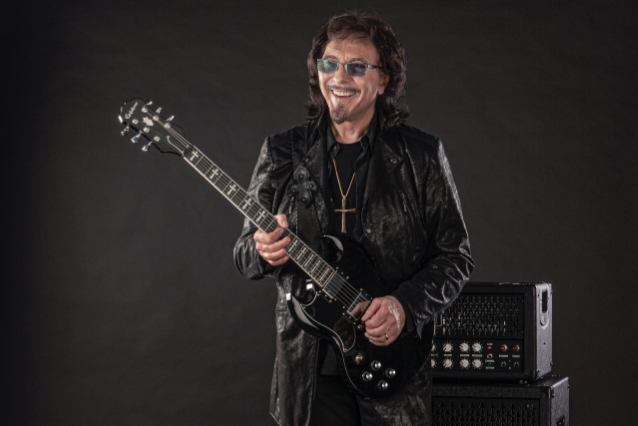 Starting today (Monday, April 6),BLACK SABBATH guitarist Tony Iommi is auctioning six items from his collection to help support medical relief efforts in the wake of the COVID-19 pandemic. All items are from Tony's personal stash, all will be autographed, and the winner will get free shipping to any location on the globe. The shipping won't be next day, but you won't have to pay for it, and all proceeds will go straight to the charity.

Commented Tony: "We were about to announce a charity 'evening with Tony Iommi' to raise some money for the Birmingham hospitals, when this awful virus struck. Now as all charitable events have been cancelled, I wanted to still do something to help. So, I've put a few things together of my own up for auction. All the money raised will go to the Birmingham's Heartlands hospital charity.

"Please! I hope that you can help, they really do need our support ! Without these doctors and nurses, what would we do....we owe them so much!"

All items are from Tony's...