The National Guitar Museum announced that its annual Lifetime Achievement Award is being awarded to Tony Iommi, legendary guitarist and founder of BLACK SABBATH. Iommi is the sixth recipient of the award, joining previous recipients Honeyboy Edwards, Roger McGuinn, B.B. King, Vic Flick and Buddy Guy. Recipients are recognized for a lifetime of contributing to the legacy of the guitar and having a singular importance to the development and historical appreciation of the instrument.

Said Iommi, who has just kicked off BLACK SABBATH's final tour: "I'm very honored by this award from the National Guitar Museum. The guitar has been an important part of my life for most of my life, and I'm happy to have contributed to its legacy. Not only that, but I have just the place for this award in my new studio!"

According to HP Newquist, National Guitar Museum executive director, "This year, the choice for us was obvious. With Tony embarking on a final tour, his recorded work now marking nearly 50 years, and the charitable work he's been involved in, this was the time to ensure that his work was recognized. Tony's guitar playing has inspired countless numbers of guitarists to follow in his wake, and few guitarists can match his lifetime of achievements."

Accompanying the award, Epiphone Guitars contributed a left-handed model of Iommi's signature SG line, which was launched this past year, to the museum. It will become part of the National Guitar Museum's permanent collection.

The National Guitar Museum is the first museum in the United States dedicated to the history, evolution, and cultural impact of the guitar. Its touring exhibition, "Guitar: The Instrument That Rocked The World" debuted in 2011 and is currently booked at museums across the U.S. into 2018 — having been seen to date by over a million visitors.

The touring exhibition consists of more than 80 guitars and entertaining displays that include historical artifacts, video screens, and computer interactives designed to appeal to visitors of all ages. The exhibit will become the basis of the National Guitar Museum in its permanent home; the selection process to determine which city will host the museum is currently underway. 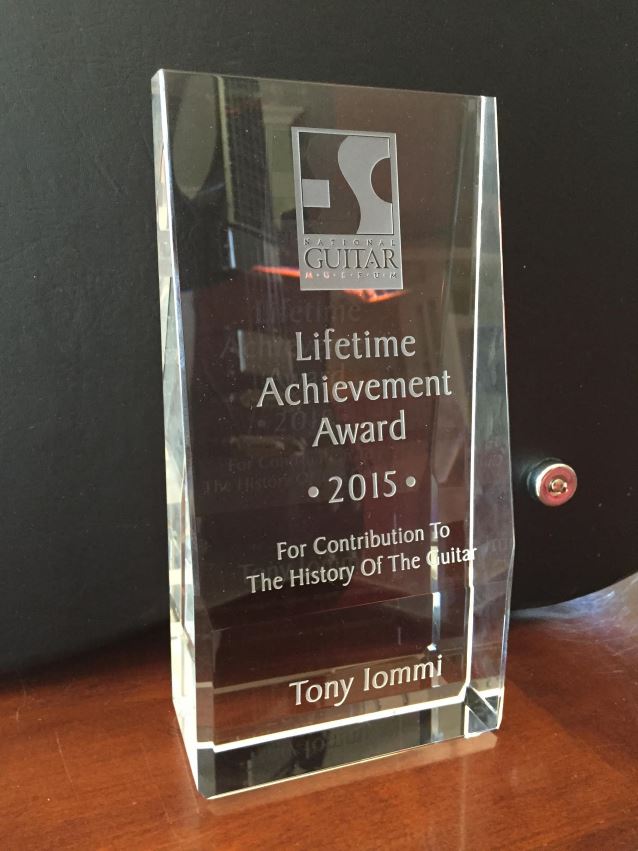