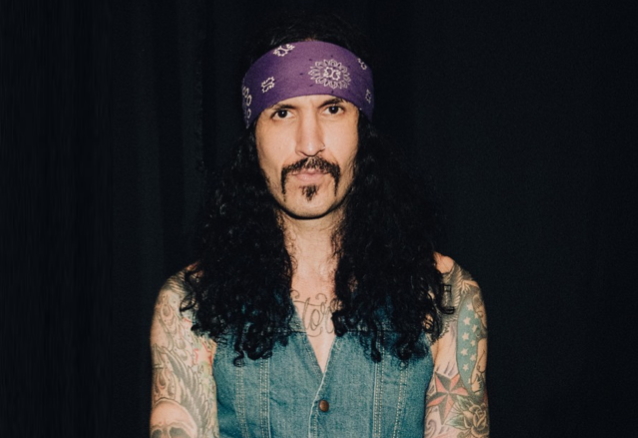 Drummer Tommy Clufetos (BLACK SABBATH, OZZY OSBOURNE, ROB ZOMBIE, TED NUGENT, ALICE COOPER) spoke to Aftershocks TV about how he deals with online hate every time he joins a new project or steps into a band where he is replacing a well-known musician. He responded (as transcribed by BLABBERMOUTH.NET): "I don't pay much attention. I started so early and I learned so early that you've gotta have thick skin in this business and you've gotta be a big boy. Because if I were to listen to people early on, because it started early on — from the moment I got on stage, other bandmembers [would say], 'You can't play that way. You need to hit your cymbals lighter. You need to do this. You're playing too loud. Too much. Too much.' If I were to listen to them, I'd be playing in a wedding band and not talking to you guys. So I've learned you've gotta trust your gut, you've gotta go with your instincts, and you only get one shot at this business, so I'm doing it my way. So it doesn't bother me."

He continued: "That being said, I don't listen to negative comments, but if you're not gonna listen to the negative ones, you can't listen to the positive ones either. The people that I listen to are few and far between, and I have a very close circle of who I trust about… There's my dad; I may trust his opinion, or certain respected musicians. Not that I don't take constructive criticism — it's not that — but I'm not interested in the whole online situation that goes on. To me, it's my job, it's my craft, and I'm gonna do my best. And if I get an opportunity to play with great musicians, no matter if it's 20 years ago or it's a few years ago with BLACK SABBATH, I'm never gonna turn that down, because that's an opportunity for me to grow and to learn and to go have a wonderful life. So I would never turn that down. And it's not the stature of anything; it's just opportunities that have arisen, and I'm never gonna turn down an opportunity. So I don't listen to all the stuff; it doesn't concern me. It's not that I'm bigger than it or anything like that; it's just I have a job to do, and that's not part of me doing my job. It doesn't affect my job. And I don't think people want somebody to where it affects their job. You've gotta be a strong individual to survive in this business. It's a long road, and if you can't take a couple of comments, then you're in for a bumpy road."

Clufetos worked with such rock icons as Ted Nugent, Alice Cooper and Rob Zombie before joining Ozzy Osbourne in 2010. That led to a spot as the drummer on BLACK SABBATH's last two world tours.