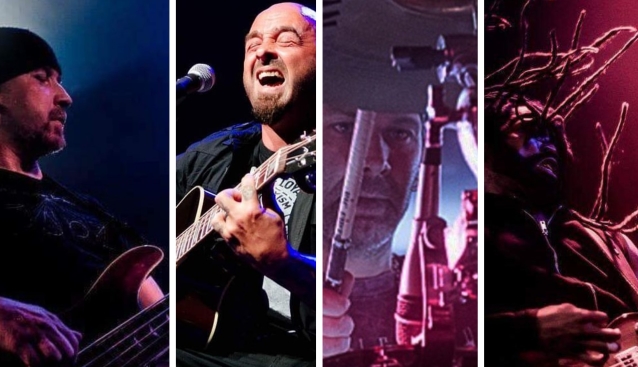 Szeliga, who has previously played with BREAKING BENJAMIN and BLACK LABEL SOCIETY, met guitarist Kevin Hicklin (ex-3 BY DESIGN) during a recording session for the ATOMFLOWER project produced by Ronnie King (THE OFFSPRING, PEPPER). The pairing of Szeliga and Hicklin set the foundation to bring WALKING WITH LIONS to life. With producer Ulrich Wild (DEFTONES, STATIC-X) at the helm, the band has honed in on a sound of its own.

Szeliga states: "We, as a band, are very excited to share our music with the rock world."

WALKING WITH LIONS has inked a deal with Rockford, Illinois- and Brooklyn, New York-based non-profit label Independent Ear. The band's first single, "Ghosts", will be released on January 18, 2019.

"Huge thanks to Sean Lenhoff (CORE 10, ATOMFLOWER) for bringing this new-yet-already-superstar band to my attention," said Independent Ear founder and GM Phillip Ryan Block. "Even before hearing the rough demo cut of 'Ghosts', I knew we were destined to work with these guys… Then I heard the song and it only further solidified that notion. WALKING WITH LIONS is set to take the world by storm and we can't wait."

WALKING WITH LIONS is: