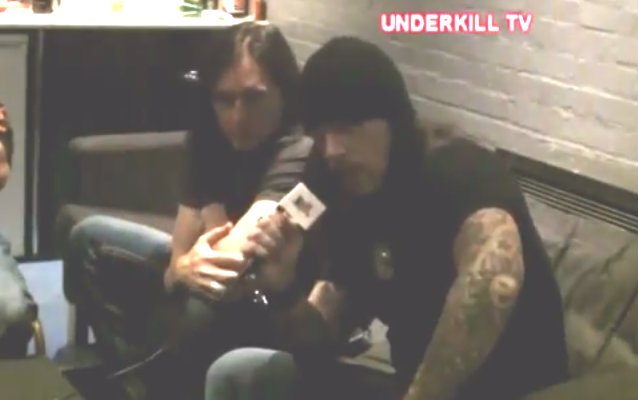 On December 1, Underkill TV conducted an interview with BLACK STAR RIDERS guitarist Damon Johnson and guitarist/vocalist Ricky Warwick in Cardiff, Wales, United Kingdom. You can now watch the chat below.