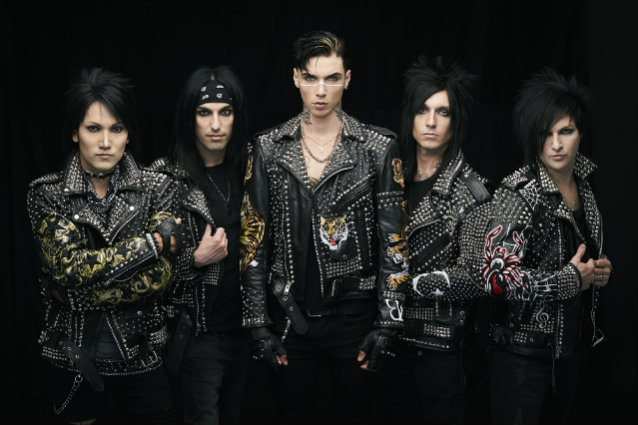 Los Angeles rockers BLACK VEIL BRIDES have been forced to cancel their appearance tonight (Sunday, February 25) at the Vogue Theatre in Vancouver, British Columbia after being denied entry to Canada.

The band said in a statement: "This morning we arrived at the Canadian border in order to gain access to a country that we have not only played countless shows in but also recorded an album and spent a great deal of time in over the years. Instead, several members of our tour were denied entry, berated and treated with utter contempt by the agents on duty.

"We have been touring internationally for a decade and have never experienced such a lack of civility at any border crossing or passport control in any country we have ever visited.

"We have a fantastic relationship with our Canadian fans and it's with a very heavy heart that we must share that tonight's show in Vancouver will be cancelled. ASKING ALEXANDRIA will continue on and still perform tonight as scheduled. We encourage everyone to still go to the show and have a great time.

"Refunds can be obtained at the point of purchase.

"Thank you for your understanding and we promise to return again as soon as possible."

BLACK VEIL BRIDES are touring in support of their fifth album, "Vale", which was released on January 12 via Lava/Universal Republic. The follow-up to BLACK VEIL BRIDES' 2014 self-titled effort was produced by John Feldmann at his Southern California studio. 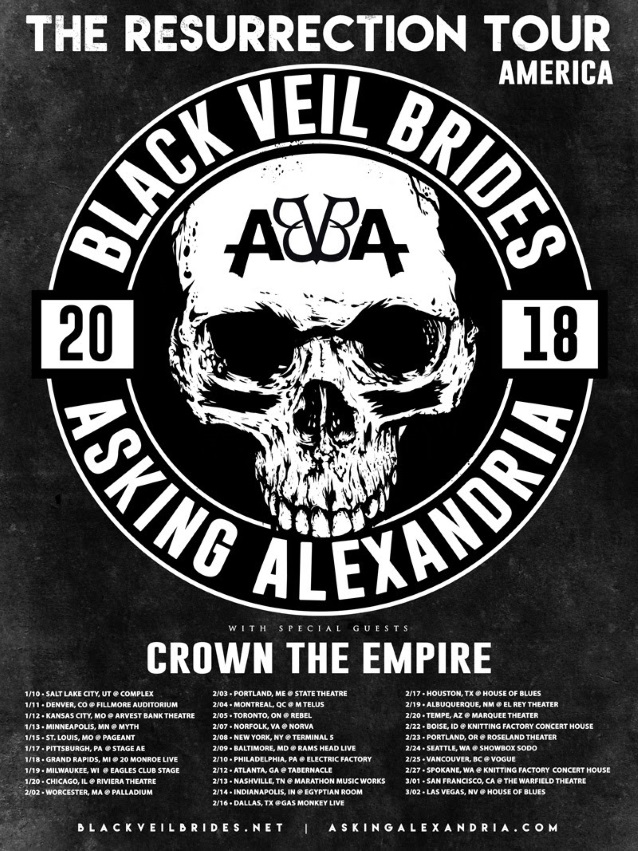