Singer, songwriter, actor, podcast host and comic book creator are all descriptions that can be used when talking about BLACK VEIL BRIDES founder Andy Biersack. Now No. 1-selling author can also be added to that list with the release of his autobiography "They Don't Need To Understand: Stories Of Hope, Fear, Family, Life, And Never Giving In" (Rare Bird Books). The book, co-written by longtime collaborator Ryan J. Downey, is currently the No. 1 release on Amazon's Best Sellers in Rock Music. The book also finds itself at No. 2 in Rock Band Biographies, No. 20 in Actor & Entertainer Biographies on Amazon, and has 4.7 out of 5 stars with customer reviews. The audiobook — read by Biersack — is now available everywhere audiobooks are sold or fans can go to Audible.com to order.

"I am so thankful for the incredible reception the book has had and it means the world to me to know that my story has resonated with so many people all over the world. This whole experience has been a dream come true," explains Biersack.

Before he was the charismatic singer of BLACK VEIL BRIDES and an accomplished solo artist under the Andy Black moniker, he was Andrew Dennis Biersack, an imaginative and creative kid in Cincinnati, Ohio, struggling with anxiety, fear, loneliness, and the impossible task of fitting in. With his trademark charm, clever wit, and insightful analysis, Biersack tells the story of his childhood and adolescence. The discovery of the artistic passions that would shape his life, and his decision to move to Hollywood after his 18th birthday to make his dreams come true, even when it meant living in his car to make it all a reality. It's the origin story of one of modern rock's most exciting young superheroes, from building miniature concerts with KISS action figures in his bedroom to making the RIAA gold-certified single "In The End" and connecting with passionate fans worldwide.

Biersack has acted in both film and television, conceived the graphic novel "The Ghost Of Ohio", and co-created "The Andy Show" podcast. Andy has appeared on the covers of tastemaker rock music publications like Kerrang!, Alternative Press, Rock Sound and Revolver and shares content with millions of followers across social media. He was the host and head writer of the 2017 Journeys Alternative Press Music Awards. He lives in Southern California with his wife, singer Juliet Simms, and their three pets.

Downey has worked as writer, producer, reporter, host and editor for a number of media brands, including MTV News, Billboard, The Hollywood Reporter, Marvel, IFC, Lionsgate, Hearst Media and MSNBC. He is the founder of Superhero Artist Management, representing rock bands and producers, and PopCurse, in Southern California.

BLACK VEIL BRIDES are hard at work putting the finishing touches on the upcoming album "The Phantom Tomorrow", scheduled for release later this year via Sumerian Records. 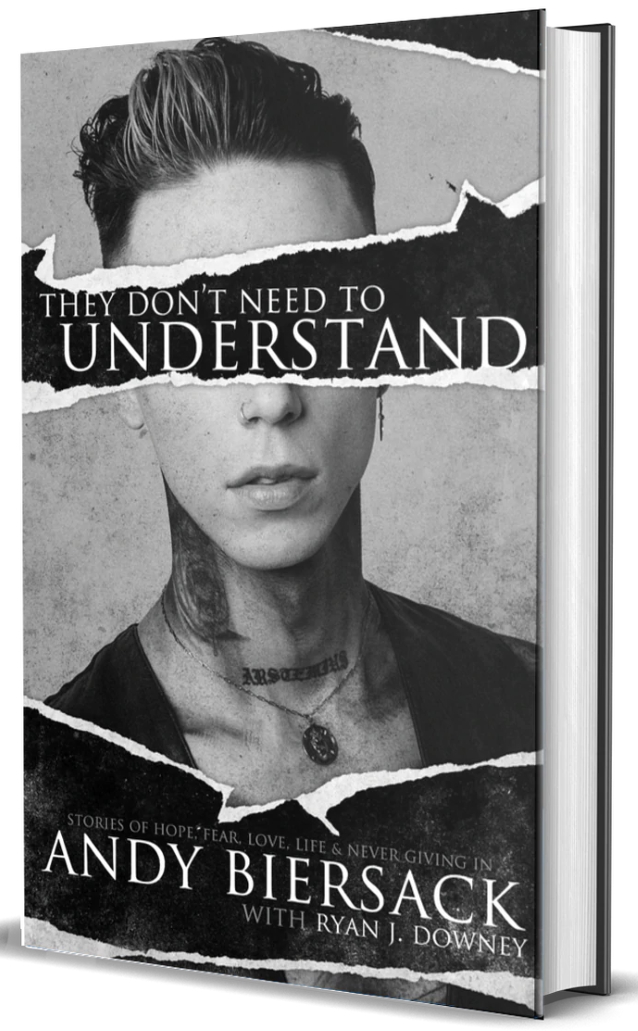