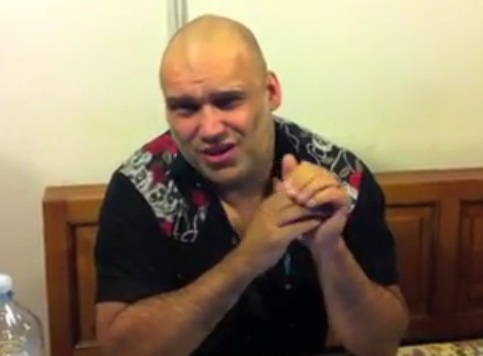 Former IRON MAIDEN and current WOLFSBANE singer Blaze Bayley has announced that he will be accompanied by the following musicians on his upcoming "King Of Metal" tour:

Bayley is currently at Fear Studio in Ravenna, Italy recording his new studio album, "The King Of Metal", for a spring release. A European headlining tour in support of the CD will kick off in early March in Belgium.

Commented Blaze: "Over the many years I have been a professional singer, and through my ups and downs, I have noticed how some artists and bands take their success and their fans for granted.

"I am dedicating the new album and tour to my fans and the fans of heavy metal. It is called 'The King Of Metal' because you the fans are the real kings of metal. Each one of you that buys albums and merchandise and tickets to gigs is a king of metal to me."