Orange County, California metalcore band BLEED THE SKY has released the official music video for the single "Serpent". The clip is a dark and gritty reflection of BLEED THE SKY's new sound and harbors a new brutality that will contend with all new metal genres. "Serpent" is sure to turn some metal heads and offers fans, both old and new alike, a refreshing new sound familiar to the band's roots.

"Serpent" is taken from BLEED THE SKY's comeback album, "This Way Lies Madness", which will be released on January 17 via Art Is War Records.

BLEED THE SKY will hit the road in support of their new release with SKINLAB beginning on January 23 in Sacramento, California at Holy Diver.

While both Robinson and D'Amond were active members on both previous albums, Miller played with BLEED THE SKY during the "Paradigm In Entropy" cycle and Culbert was involved with the band during the pre-production of "Murder The Dance". 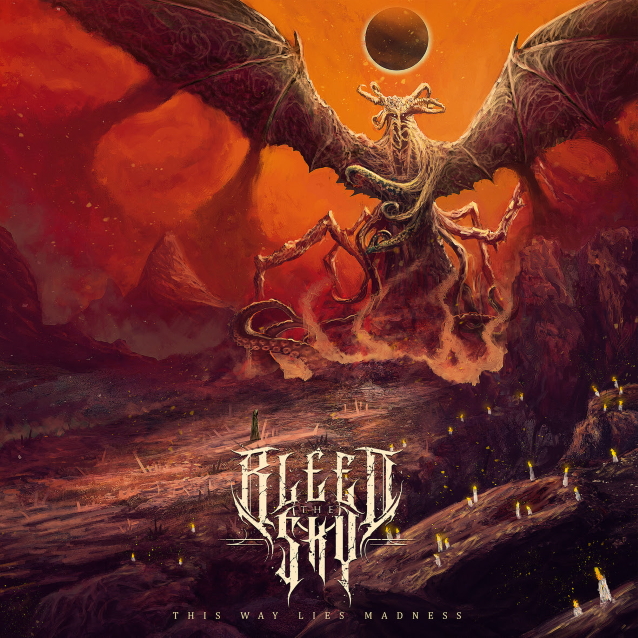 Find more on Bleed the sky