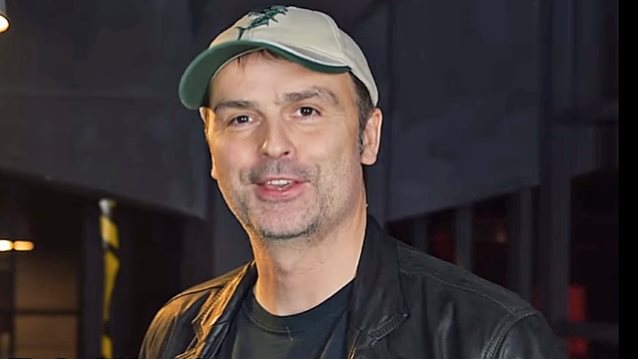 BLIND GUARDIAN To Release Live Album Next Year; Orchestral Album To Arrive In 2017

Spark TV, which is part of the Czech monthly magazine Spark, conducted an interview with vocalist Hansi Kürsch of German power metallers BLIND GUARDIAN before the band's December 20 show in Prague. You can now watch the chat below. A couple of excerpts follow (transcribed by BLABBERMOUTH.NET).

On the orchestral album BLIND GUARDIAN has been working on for the last few years:

Hansi: "We still are working on that. We definitely are going to release a live album somewhere in the middle of next year. And we're going to continue with the orchestral album. I hope to be finished with everything, including mixing, at the end of 2016, but I doubt that there is a chance that this is going to be released [in 2016], but it will be released in 2017."

"It is new material. We started writing these songs, I would say, almost twenty years ago. When we did [1998's] 'Nightfall In Middle-Earth', we figured that there were some songs which would not fit in because they were too orchestral, and at that point, we just thought, 'Well, it would be a waste to have a band involved, so just the orchestra and the singing would do the trick.' And ever since, we've built up these songs and came up with new ideas, and they changed a little bit with each album we were working on. Because the progression the people [in the band] were going through had an effect on the songs we were composing. Even though they were different than the regular stuff, they contain a little bit of each era. And this is the interesting thing. But they fit together really well. And just by listening to the music and the vocals, you have the feeling of a great, gigantic, 'Lord Of The Rings'-ish story, and this is what we are intending to make even more obvious to the people by releasing it as we originally intended to have it. Later on, we may even involve the band, because it is possible. There are, I think, eleven or twelve songs we have composed so far, and we are working on interludes and some reprises and stuff like that at the moment. But at the very end, once this tour is finished, I'm going to sing all the stuff. And there are a lot of different characters and they will be all performed by. You know, it's a lot of storytelling, so it's going to be nice to see how people will react on it. And we have worked with an orchestra from Prague, and it's great to see them back this year. We are intending to have two more sessions here for the reprises and all the stuff, and then we are basically done. And I hope that [longtime BLIND GUARDIAN producer] Charlie [Bauerfeind] is going to be finished with the mixing, let's say, in November [or] December [of 2016]."

On the upcoming live album:

Hansi: "We [recorded] everything. We're doing a sort of best-of collection of all the shows we have done, and we are going for the best songs and the best performances, which means on one hand, it depends on the audience, and on the other hand, it also depends on our performance. They're quite different from city to city and from the status the band has been in. So it's quite entertaining for us to listen to all these shows."

"Our last [live] album is twelve years old already, so it's about the right time, because we have released three other albums, so there's plenty of new stuff, but also plenty of old stuff, which the people always wanna listen to. It's interesting for us to see the development of the band during the years because, from what I can say is that we have become a far, far better live band than we have been twelve years ago, so the attraction on the songs, even if it's the same songs, at least for some of the songs, will be the difference in the performance — it's tighter, it's more professional. On the other hand, live always depends on the different feeling of the music and everything. So it will be nice to see how everything turned into a different direction."

On whether there will be a concert DVD to go along with the live album:

Hansi: "We'll do something like a DVD with it, but it's more a regular live album we're planning on at the moment. We did some recordings and some filming. I don't know what we're doing with it — if it's coming along with the CD as an extra DVD or if we do some bonus stuff on the DVD, I have no idea at the moment, but, yes, there is some filming as well."

BLIND GUARDIAN's tenth studio album, "Beyond The Red Mirror", was released in North America on February 3 via Nuclear Blast. 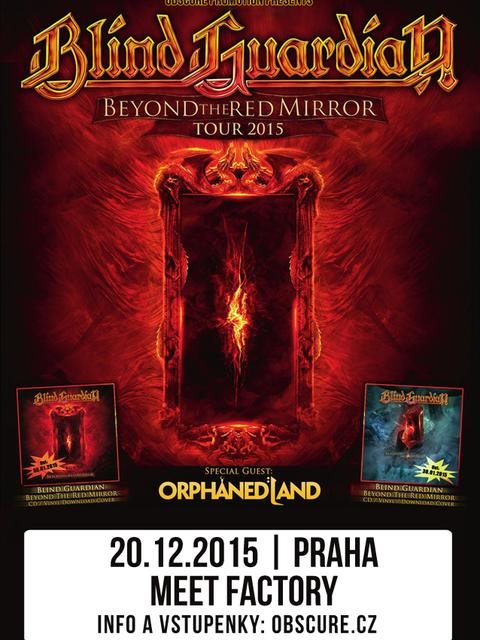