BLIND GUARDIAN To Release 'Twilight Of The Gods' Single In December; New Album Due In January

German "fantasy" metallers BLIND GUARDIAN will release "Twilight Of The Gods", the first single from their long-awaited new album, on December 5 via Nuclear Blast. BLIND GUARDIAN vocalist Hansi Kürsch says: "This song is a statement about BLIND GUARDIAN. The pure definition of all that the band stands for: it is innovative, melodic and brutal. He adds: "[It] will captivate you with the most epic and catchy chorus we've ever written."

In "Twilight Of The Gods", Kürsch sings about the deities' waning power.

"Twilight Of The Gods" will be available in three formats.

Side A: Twilight Of The Gods
Side B: Time Stands Still (At The Iron Hill) (Live in Wacken 2011)

01. Twilight Of The Gods

BLIND GUARDIAN's new full-length album will be released in January 2015.

"A Traveler's Guide To Space And Time", a strictly limited-edition BLIND GUARDIAN box set with 15 CDs in 13 high-quality digipacks and only 8000 copies worldwide, was released in February 2013.

Released in 2010, BLIND GUARDIAN's tenth studio album, "At The Edge Of Time", sold around 4,400 copies in the United States in its first week of release to debut at position No. 108 on The Billboard 200 chart. The CD landed at position No. 1 on the Top New Artist Albums (Heatseekers) chart, which lists the best-selling albums by new and developing artists, defined as those who have never appeared in the Top 100 of The Billboard 200. 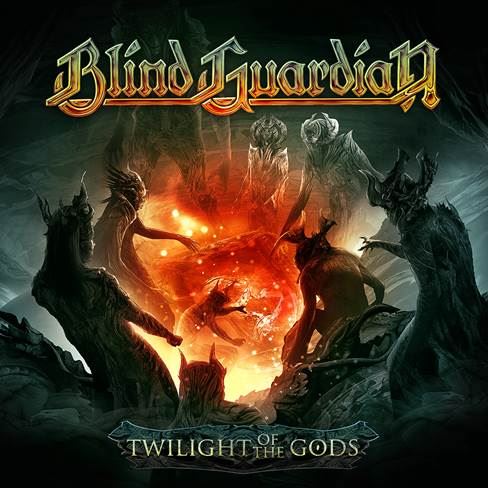