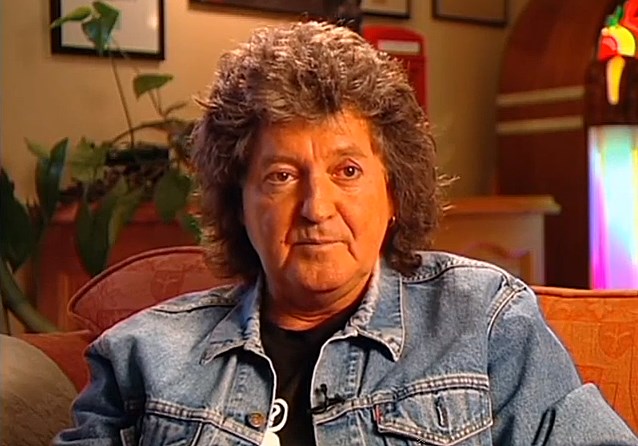 Former OZZY OSBOURNE bassist Bob Daisley was recently interviewed on the Australian radio station 3AW. You can now listen to the chat using the SoundCloud widget below.

Daisley is selling signed copies of his recently published memoir, "For Facts Sake", via his official web site.

Says Bob: "'For Facts Sake' covers my whole life and my fifty-year career in music, and features everyone that I've ever worked with — CHICKEN SHACK, MUNGO JERRY, WIDOWMAKER, RAINBOW, THE BLIZZARD OF OZZ, URIAH HEEP, Ozzy (and Sharon) Osbourne, Gary Moore, BLACK SABBATH, the notorious Don Arden, and too many others to mention here. The stories reveal some interesting and, until now, unknown facts about many of these artists and characters, and with more than 460 photos throughout the text, it provides a pictorial view of my journey."