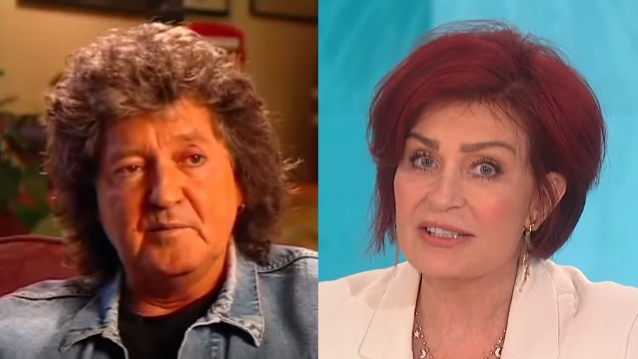 In a brand new interview with Rolling Stone, Bob Daisley spoke about the controversial 2002 re-recordings of the drum and bass parts on OZZY OSBOURNE's classic first two solo albums, 1980's "Blizzard Of Ozz" and 1981's "Diary Of A Madman".

The tracks originally played by bassist Daisley and drummer Lee Kerslake on both albums were replaced on the reissue by Robert Trujillo (now in METALLICA) and Mike Bordin, respectively, after Daisley and Kerslake sued Ozzy and his wife/manager Sharon Osbourne over royalties. They were restored for the 30th-anniversary editions.

Asked how he felt when he learned that his parts on the first two Ozzy records had been re-recorded, Bob said: "To be honest with you, I thought it was pathetic. Someone sent me a copy of one of them, and I laughed. I thought, 'Is this a joke?' I just didn’t think it was done right. The thing is, you can't reheat a soufflé. You can't take the ingredients out of a cake and then try and bake it again. It happened once. We did various takes of each song and we used the parts where each of us shined the best. There might be five takes of 'Crazy Train' or four takes of something else, or eight takes of something else, and we picked the one that had the best vibe. And it was four people being recorded in a room together. You can't change that.

"And the fans hated them for it. It was, like, 'God, you've got no respect for the fans and everyone that spends money on this music.' They were hated for it. I'm just quoting what fans said, not me."

Ozzy told The Pulse Of Radio he was against the idea of replacing the original tracks when he found out about it. "Believe me, it wasn't my doing," he said. "I mean, I didn't know that was being done, 'cause Sharon was fighting all the legal things that were going down at the time. I said, 'What did you do that for?' And she said, 'The only way I could stop everything was if it went to that level.' And I said, 'You know what, whatever the circumstances were, I want the original thing back.' I mean, I wouldn't have done that."