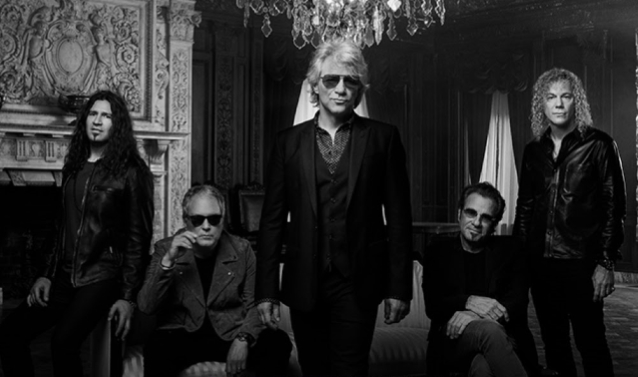 BON JOVI's music video for the song "It's My Life" has surpassed one billion views on YouTube. It is the first BON JOVI track to reach the milestone.

"It's My Life" was the lead single from BON JOVI's 2000 album "Crush", although the song's accompanying video wasn't uploaded to YouTube until 12 years ago, on June 16, 2009. The clip was directed by Wayne Isham, who had previously helmed a number of videos for the band, including "In These Arms", "Bed Of Roses" and "Someday I'll Be Saturday Night".

Over an illustrious career spanning more than three decades since their formation in 1983, BON JOVI has earned their place among global rock royalty and was inducted into the Rock And Roll Hall Of Fame as well as the Songwriters Hall Of Fame. With over 130 million albums sold worldwide, an extensive catalog of hit anthems, thousands of concerts performed in more than 50 countries for more than 35 million fans and ticket grosses well over $1 billion around the world in the last decade alone, BON JOVI is the consummate rock and roll band.