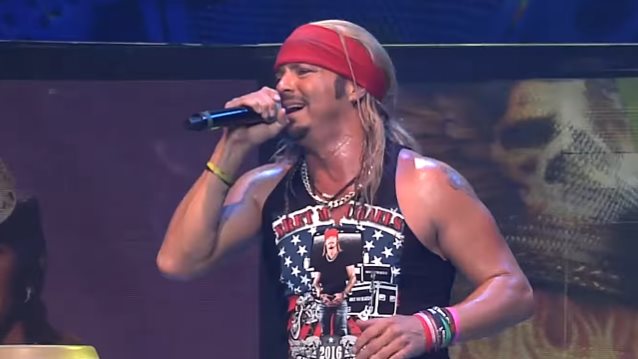 BRET MICHAELS On Possibility Of POISON Tour: 'We're Close To Making It Happen'

Bret Michaels has told Tampa Bay Times in a new interview that he is hopeful POISON will hit the road again in 2017. "It'd be great for Bobby [Dall, bass] and C.C. [DeVille, guitar] and Rikki [Rockett, drums] and I to just be out there and have three months," he said. "It's on my wish list, we're close to making it happen, and I know they want to do it, and they'll have a great time doing it."

Michaels hinted in several 2016 interviews that POISON would re-team with DEF LEPPARD for a U.S. tour in 2017. But LEPPARD guitarist Phil Collen later told the 106.9 The Eagle radio station that he knew nothing about the proposed pairing.