POISON frontman Bret Michaels has recorded and produced a contemporary version of the timeless holiday classic "Jingle Bells". This is the legendary frontman's first time releasing a holiday song.

Fans can expect the track to be packed with high energy, great grooves, and the ever-present spirit of a good time evident in all of Michaels's music.

Michaels, an iconic musician and frontman mixed modern recording techniques and contemporary grooves with traditional orchestration and feel to create a completely fresh new version of one of the most recognizable holiday songs of all time, while staying true to the original spirit of such a recognizable body of music.

Michaels says: "It was such an awesome experience that I plan to have a full-length release of holiday music next year."

"Jingle Bells" will be available to fans on Friday, November 17 via all major digital music retailers and streaming outlets, with other related and exclusive content available only at www.bretmichaels.com.

Also known as an avid philanthropist, Michaels will donate a portion of the proceeds from the sale of the song to St. Jude Children's Research Hospital. Michaels's Life Rocks Foundation will also be holding its annual fundraising drive. The Life Rocks Foundation makes donations to such causes as Hurricane Harvey Relief, The American Red Cross, military charities and JDRF among others.

Michaels, whose career has spanned over 30 years in the entertainment business and weathered the ever-changing tide of the industry, has created an unprecedented fanbase that embraces three generations. Michaels is part rock star, part reality star and part philanthropist, having incredible success in every avenue. Selling over 40 million records worldwide, Bret is the face of an entire genre. With the astonishing success of his hit reality show "Rock Of Love" that spanned three seasons and remains in syndication worldwide, Michaels became a "cultural touchdown," as described by former head of Viacom, Judy McGrath. From there, Bret went on to star in and produce several other TV shows, including VH1's smash hit "Life As I Know It" and he won season three of "The Celebrity Apprentice". To this day, the reality star is considered the fan favorite from all seasons of NBC's number one show.

Being a lifelong diabetic and brain hemorrhage survivor, Michaels has always embraced the need to help and "give back" to those in need and has been active in raising money for the cure for diabetes his entire life. In recent years, the avid philanthropist took it even further with the creation of his unique Life Rocks foundation. With Bret's foundation, you find him stepping out from his own needs as a diabetic and giving to veterans, women's shelters, animal shelters and many other causes. Bret has raised and continues to raise money and donate in hopes of making the world a better place. 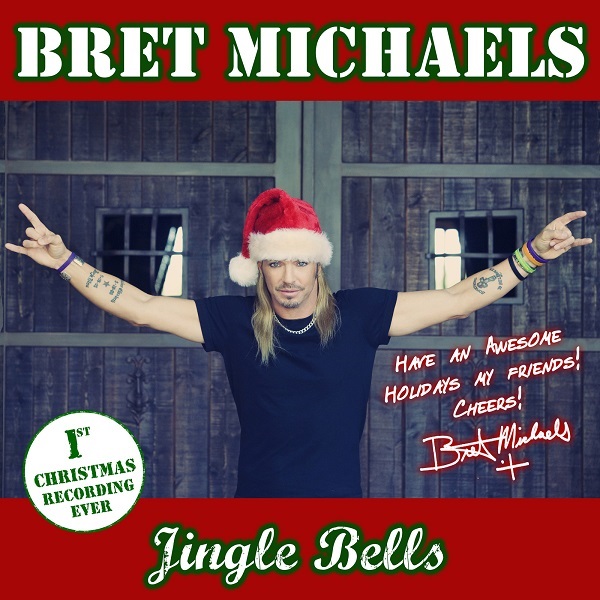