BRING ME THE HORIZON Announces 'Second Base' North American Tour

Grammy-nominated British rock band BRING ME THE HORIZON has announced its spring "Second Base" tour.

The "Second Base" tour will kick off May 8 in Milwaukee, Wisconsin and make stops in Philadelphia, Toronto and more before wrapping May 18 in Grand Rapids, Michigan. Citi is the official presale credit card for the tour. As such, Citi cardmembers will have access to purchase presale tickets for the newly announced dates beginning Wednesday, February 27 at 10:00 a.m. local time until Thursday, February 28 at 10:00 p.m. local time through Citi's Private Pass program. Tickets will go on sale to the general public beginning Friday, March 1 at 10:00am local time at LiveNation.com.

BRING ME THE HORIZON's live show features a blistering mix of familiar favorites and new tracks from "Amo" (Columbia),which came out in January.

The band's previous best album chart showing was No. 2 with 2015's "That's The Spirit".

The record failed to crack the Billboard 200 album chart's Top 10 however, settling for a No. 14 debut with sales in North America of just over 26,000 units — close to the U.K. tally. Around 16,000 of those were physical copies. 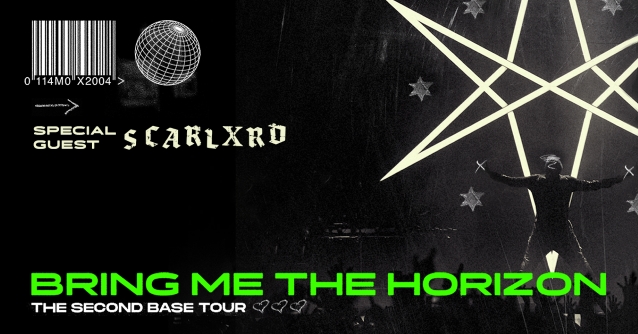