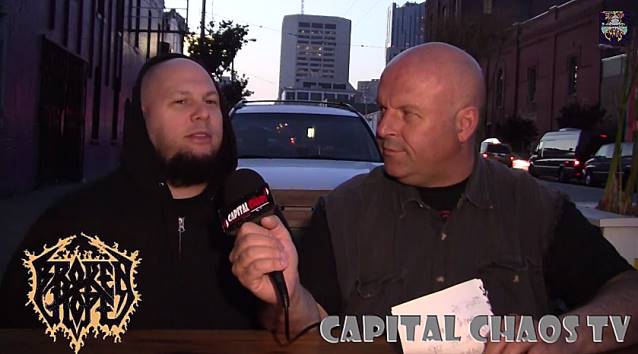 The Mighty Z of Capital Chaos TV conducted an interview with bassist Shaun Glass of reformed death metallers BROKEN HOPE on March 23 at the DNA Lounge in San Francisco, California. You can now watch the chat below.