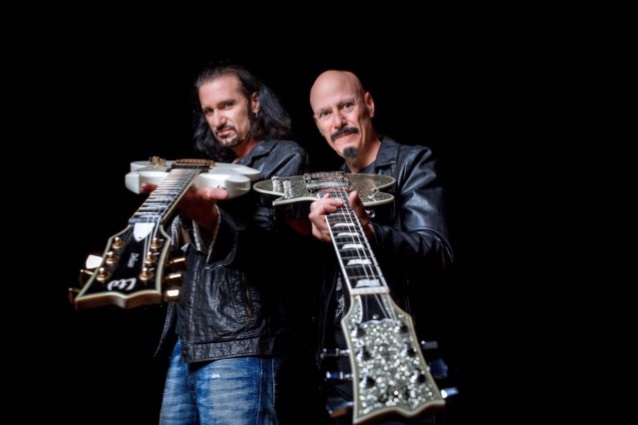 History was made last week in the world of KISS, one of the biggest rock bands in the world, when brothers Bob and Bruce Kulick joined The Kiss Kruise for the first time in the seven years the getaway has taken place.

"Our appearance on Kiss Kruise VII the first night on the Main Deck ('Sail Away' Stage) was one of our most exciting and memorable gigs in my life," says Bob. "And I know my brother feels the same way about it!"

Just hours after the performance, the Internet lit up when Kruise passengers began posting and sharing live video of the Kulick brothers' show, which overwhelmingly was regarded as the strongest of the week.

The band — also comprised of vocalist/bassist Todd Kerns and drummer Brent Fitz — had one rehearsal and one chance to put a set list together for the show. "It was a very personal walk down memory lane," Bob states. "Especially with these songs, since we played on the original recorded versions of every one of them.

"It was, of course, also a treat to play with Brent Fitz, who was our anchor for the show as well as bassist and vocalist Todd Kerns, who happens to be the singer on my single, 'Rich Man', which just went to radio this week."