While preparing for their next studio album, Californian rockers BUCKCHERRY have created a streaming and digital-only series called "Acoustic Sessions". The series, which will have a periodic release schedule, will each feature two songs from their extensive catalogue performed in a stripped-down experience of vocals and guitar.

"Acoustic Sessions Vol. 1" is available today and features two songs from BUCKCHERRY's platinum album "15" — "Sorry" and "Carousel". The songs are available on all streaming and digital services and can be purchased individually or as a two-song EP.

Earlier this month, BUCKCHERRY singer Josh Todd told American Songwriter that the process of making acoustic versions of the band's songs thus far has been a blast. "After you've heard the song one way for a long time and when it's stripped down, it's very fun to listen to," he said. "And a lot of songs start like that. So it's always cool to get back to that and do it organically like that."

Todd also didn't rule out playing special acoustic shows in select cities. "We're trying to figure all that out," he said, adding that it is something he's "always wanted to do."

BUCKCHERRY is continuing to tour in support of its latest album, "Warpaint", which was released in March 2019 via Century Media/RED Music. The 12-song record was produced by Mike Plotnikoff, whose previous collaboration with the band was the aforementioned "15".

BUCKCHERRY's new studio album is due in the fall. 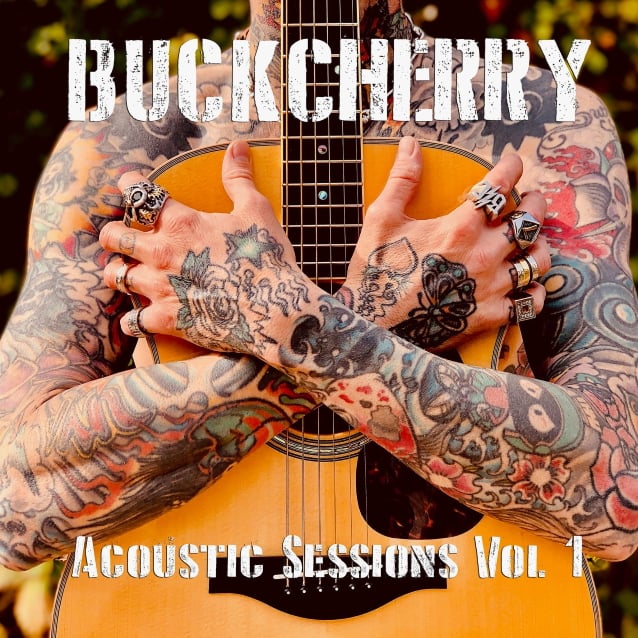