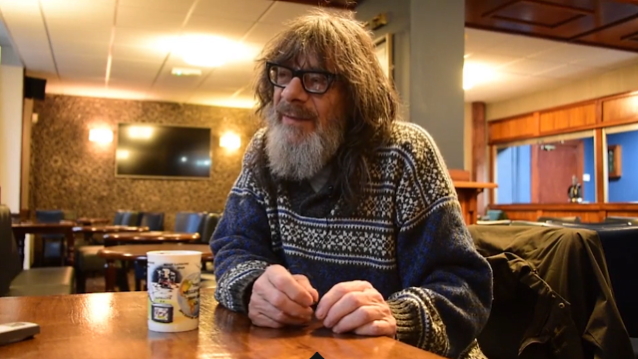 Vocalist/bassist Burke Shelley of legendary Welsh rockers BUDGIE has died at the age of 71. The news of his passing was shared earlier today by his daughter Ela. She wrote on Facebook: "It is with great sadness that I announce the death of my father, John Burke Shelley. He passed away this evening in his sleep at Heath Hospital in Cardiff, his birth town. He was 71 years old. Please respect the family during this time.

"With love, His four children: Ela, Osian, Dimitri and Nathaniel."

Shelley and company would remain together for a few more years before splitting up quietly by the mid-'80s. But almost as soon as they disbanded, several high-profile groups began covering BUDGIE classics, including METALLICA ("Crash Course In Brain Surgery" and "Breadfan"),IRON MAIDEN ("I Can't See My Feelings"),while back in their early club days VAN HALEN was known to cover the title track from "In For The Kill!"