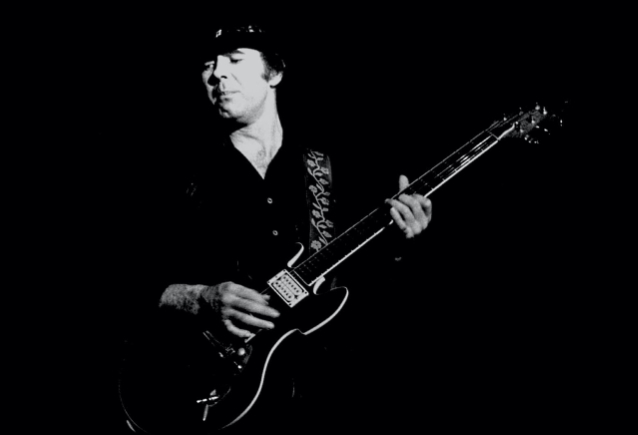 BUDGIE's TONY BOURGE: New Biography And CD Due In November

BUDGIE guitarist Tony Bourge's biography, "Rocking Man - With An Axe To Grind", will be released in mid-November. This book tells the story of Bourge, focusing on both the musical and life journeys of this highly respected, much-loved — and forever-humble — guitarist and man.

Bourge teamed up with bass-playing partner in crime Burke Shelley to arm seven BUDGIE albums, which flew the coop from 1971–78, with an astonishing arsenal of heavy riffage — creating an unstoppable juggernaut that threatened to steamroll anything straying in its path.

Bourge and Shelley helped to invent and shape a new musical genre and forge the way for heavyweight bands to come. VAN HALEN, IRON MAIDEN, METALLICA, SOUNDGARDEN and MEGADETH would all cover riff-charged BUDGIE numbers that Bourge helped to forge. And countless doom and stoner bands from the States were influenced by material on BUDGIE's first two albums.

Riff-master Bourge's body of work stands tall in any company, including that of another Tony of Italian descent — a certain Mr. Iommi. And to top it off, Bourge drew on his love of the blues and classical music to embellish the aforementioned vault of grinding single-note and chord riffs with magical lead playing infused with a rare combination of power, feel, finesse and melody.

Cardiff born and raised, Bourge joined BUDGIE in 1968, a year after taking up guitar. He had started out as a singer and harmonica player, and still espouses the view that "if you can sing it, you can play it." Unusually, Bourge learned to play lead guitar before he learned to play chords — blues instrumentals "The Stumble" and "Hide Away" being two of the first numbers that he mastered.

After leaving BUDGIE in mid-1978, Bourge teamed up with former BUDGIE drummer Ray Phillips, eventually forming TREDEGAR and releasing an accomplished, self-titled album in 1986. Bourge then became a French polisher and he made guitars — always having one or two on the go. And he continued his musical education — writing, arranging and recording material in his home studio.

In 2013, 27 years after the TREDEGAR album, Bourge released not one, but two digital albums — the 20-track "Crank It Up" and 10-track "Chilling Out". A two-track Double A single followed in 2014. The albums contain a wide variety of styles, from riff-based rockers reminiscent of the heavy rock Bourge forged with BUDGIE, to songs and instrumentals steeped in the blues, to ethereal pop numbers.

Bourge's new CD, "Rocking Man - With An Axe To Grind", will also be released in mid-November. The CD has 10 tracks written and recorded by Bourge: six from his 2013/14 digital releases (remastered for the CD by Bourge's son Kingsley) and four that are previously unreleased, including two recently recorded bluesy heavy rockers. The CD ends with two tracks that are tributes to Bourge (and Burke Shelley) — one, an instrumental, was recorded by Janne Stark (guitars and bass),who masterminded the "Bandolier Kings" BUDGIE tribute album, and Peter Svensson (drums),who plays in bands with Stark and in FAITH and HEARTWIND; the second track was recorded by Stark (guitars),Svensson (drums) and RAVEN's John Gallagher (bass and vocals). Gallagher rattles the cage, as Shelley often did, by unleashing his mighty upper-register squawk. Both tribute tracks were mixed and mastered by Stark. Album lead track "The Preacher" kicks off with some single-note riffs and chords that quickly build into a mid-paced, primordial shuffle driven by Bourge's searing guitars, and by his impassioned, preachy singing about the basic elements of nature.

"I have taken a little step back into my early love of heavy rock," Bourge says. "'The Preacher' is about the wonders of life and the five elements."

The new video for "The Preacher" features some recently uncovered May 1978 silent footage of BUDGIE playing live in Chicago. This was Bourge's second-last show with BUDGIE.

The book and CD can be pre-ordered online, for shipping by mid-November. 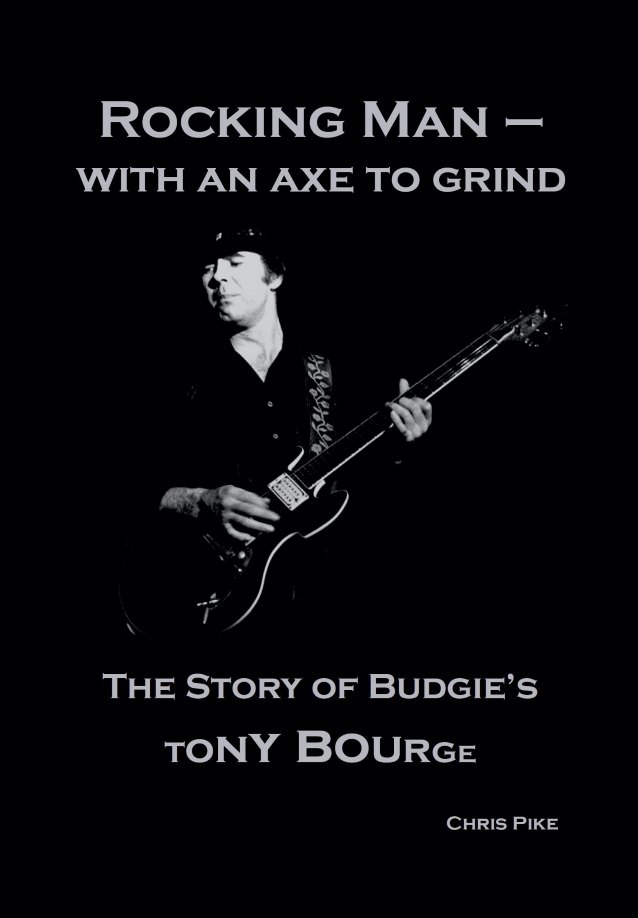