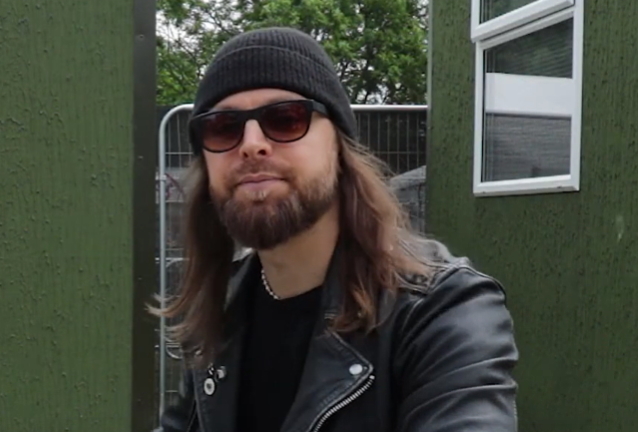 BULLET FOR MY VALENTINE's MATT TUCK On Decision To Make New Album Self-Titled Affair: 'We're Letting Go Of The Past'

Matt Tuck of Welsh metallers BULLET FOR MY VALENTINE joined James Wilson-Taylor of Rock Sound backstage ahead of the band's headlining set at the Download Pilot festival event to talk through their live show, new single "Knives" and what to expect from their upcoming self-titled album.

Speaking about "Knives", Matt said: "We just wanted to come back with a song which we thought was kind of a bit of a suckerpunch, really. It speaks for itself. I don't know what to say about it, really. I don't think a lot of people saw it coming, which is what we wanted. That's what a suckerpunch is. It's heavy, it's aggressive, it's gnarly. It is what it is. I love it. The whole album's like that."

Regarding the decision to make the new BULLET FOR MY VALENTINE album a self-titled affair, Tuck said: "Well, I think 'Knives' says why. We're kind of — not in a negative way — we're letting go of the past, and we wanted to start fresh. And we thought now's the time. Everyone feels good. Everyone's in a really good place. And we wanted to come out swinging. We just feel it's a statement record. When people hear 'Knives', they'll be, like, 'Oh, shit.' Wait till you hear the rest of the record. It's a statement record for us. And we felt like the time was right to kind of put our flag in the sand. BULLET are here, and this is who we are now, and this is where we are going."

"Bullet For My Valentine" will be released on October 22 via Spinefarm/Search & Destroy. According to a press release, the LP sees the band open a bold new chapter and is "easily their heaviest, fiercest album so far."

The official music for "Knives", directed by Fiona Garden, can be seen below.

Tuck began writing "Bullet For My Valentine" in September 2019 before the coronavirus pandemic brought things screeching to a halt in early 2020. But in June 2020, Tuck and longtime producer, Carl Bown, who co-produced the band's 2015 album, "Venom", and produced and mixed "Gravity", picked up the pace again. Together, they hunkered down at Treehouse Studio in Chesterfield, where the remainder of the album was written. 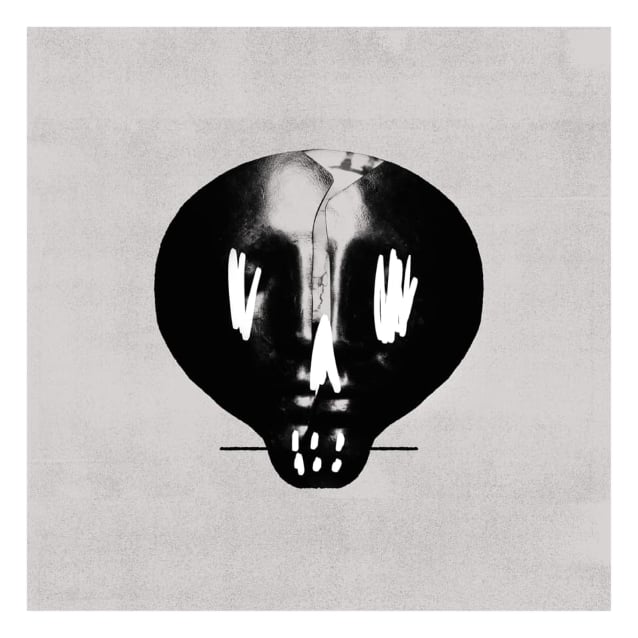