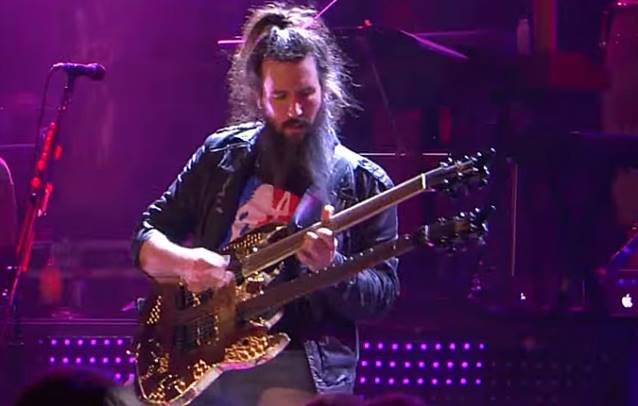 BUMBLEFOOT: I Really Should Have Paid More Attention To My Solo Career, Even When I Was In GUNS N' ROSES

During a visit to Abu Dhabi, United Arab Emirates to perform at the launch of the Classic Rock Coffee Company on July 31, GUNS N' ROSES guitarist Ron "Bumblefoot" Thal spoke about his plans for a new solo album as well as the status of the band's long-awaited follow-up to 2008's "Chinese Democracy".

Asked if it's fair to say that his solo career has taken a backseat once he joined GUNS N' ROSES, Thal told The National: "The solo albums are everything to me and it's really what I do. To be honest, I really should have paid more attention to it, even when I was in GUNS N' ROSES. I should have been touring more and putting more albums than what I did."

Regarding whether he is glad he reconsidered his decision to join GUNS N' ROSES after initially turning down an opportunity to become a part of the group, Thal told Time Out Dubai: "It's a yes-and-no thing. Ultimately, yes, there are a lot of things with it that made life more difficult, but we are supposed to have challenges. If it was easy, then everything would be handed to us. I have definitely learned a lot and I grew a lot. I think I became a better person in the end, or I try to be. I don't regret it."

On the topic of whether he has submitted compositions for GUNS N' ROSES to record for the band's next studio album, Thal told Khaleej Times: "I wanted to get together as a band, I didn't want to submit my songs for the band to play. I wanted the band to write as a band so it would truly be a band. But we're just too busy with touring and other things, and it just didn't happen."

He added: "It's reaching the point where I'm starting to nurture the rest of my life, because I do a lot of other things — and that's really who I am."

GUNS N' ROSES frontman and sole original member Axl Rose recently denied rumors that he was breaking up the band and considering retirement. Responding to a report at RadarOnline.com in which anonymous sources claimed that the group was finished, Rose posted a message at the band's Facebook page which read, "I'm not going anywhere . . . GNR fans sure have a Radar for BS! Love you all!"

Another source claiming to be close to the Rose camp dismissed the report as "bullshit," adding that the members of the band had merely been notified that their calendars would be clear for the immediate future so that they could do other things.

The RadarOnline.com report had suggested that the band would call it a day after finishing up its second Las Vegas residency at the Hard Rock Hotel, which ended on June 7.

The source for RadarOnline.com said, "Band members have been told their calendars are free following Vegas. Axl is considering retiring and it’s done. Band members and support staff were surprised when told the news and are actively looking for work.”

GUNS N' ROSES keyboardist Dizzy Reed recently told Billboard.com about the breakup and retirement rumors: "You know, so much of that crap gets out there, you can't believe any of it. At this point, having been in the band for so long, nothing surprises me. When I hear things like that, I immediately dismiss them until I hear further. I'm never really concerned enough to even ask where it came from, or why, because if it's that important, I'll be getting a phone call." 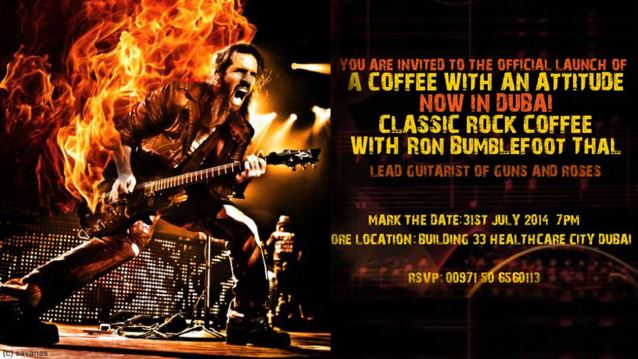