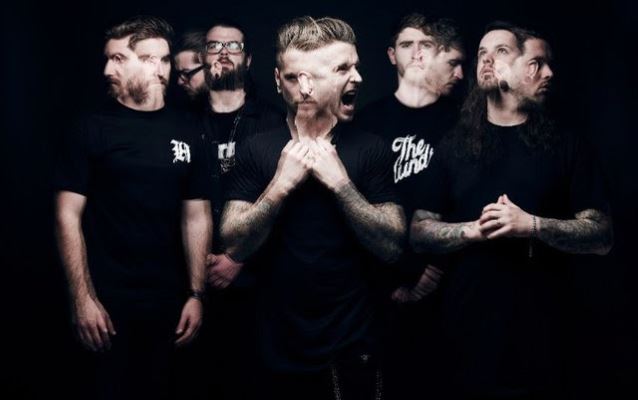 At a time when modern metal is so slavishly led by the following of whatever fashion carousel is popular this week, rare are the bands who find success on their own, gimmick-free terms. A decade into their career, Southampton/Portsmouth quintet BURY TOMORROW are, by whatever yardstick you want to measure it, one such band.

With an ethos which has never wavered from a threefold focus on unswerving passion, unrelenting hard work and remorselessly driving, slash 'n' burn riffola, BURY TOMORROW have hauled themselves into a position as one of the U.K.'s premier purveyors of mosh by the sheer force of their own will. 2014's "Runes" saw a veritable dam-break for the band, a U.K. rock chart number one and top 40 success in the mainstream, it was a record that enabled them to take their devastating live show to festival main stages across Europe and the UK, before finally culminating in a headline tour which saw the band playing to 1400 braying fans at a sold-out London Koko.

Now though, with "Earthbound", they have stepped things up yet another gear.

Watch the official music video for album's title track below.

"To me, 'Earthbound' feels like the distillation of everything we've ever wanted this band to be about," says frontman Dani Winter-Bates. "Our first three records are kind of part of their own trilogy but this is BURY TOMORROW's record, we all see this as our chance to show people what we are capable of."

Certainly "Earthbound" finds BURY TOMORROW on more concise form that ever before: ten tracks that get in, batter you across the face, and get out again with precious little time for respite or caught breath. Hardcore mentality for a metalcore generation.

"A big thing for us this time around was to get down to the real nitty gritty of what our fans wanted from us and how to give them without wasting a single second," continues Dani. "With 'Earthbound', we wanted pace, we wanted heaviness, and for me, personally, I wanted to write a record which was the sonic embodiment of a circle pit. I think we've done that."

With notable influences ranging from axe-slinging New Wave Of American Heavy Metallers UNEARTH and DARKEST HOUR to the apoplectic fury of TERROR and MADBALL, this is one that will get the pit spinning with consummate ease.

But while fans of the heavy stuff will find plenty to grasp onto here, it's the now trademark interplay between Dani and guitarist and vocalist Jason Cameron which sets "Earthbound" apart. "It's much more mature in the interplay between me and Jason," Dani notes. "We've been playing together for ten years now and it feels like we have an almost telepathic understanding of one another. We've always wanted to be like one vocalist in two parts and I think we've achieved that here."

One listen to the sky-scraping euphoria of "Last Light" or the call-to-arms swagger of the title track will tell you that Dani isn't lying: monstrous anthems from a band who are coming of age as a truly astonishing force of musical nature. Elsewhere, "301"'s chastising punch sees HATEBREED's Jamey Jasta lending his iron lungs to proceedings to devastating effect.

"More than anything that song is about how our music belongs to our fans first, those first 301 people who run to YouTube who want to check it out and are excited about it. It's kind of a 'fuck you' to all those people who go 'BURY TOMORROW aren't proper metal' or whatever. It's Jamey fucking Jasta and I know our fans are going to love it."

It's that focus on their fan base which has made BURY TOMORROW not only one of the best, but one of the most well-loved bands working in the U.K. today, and, in Dani, one of the most charismatic frontmen imaginable.

"Where we are now is where we've always wanted to be," smiles Dani. "And now we're in the position to truly deliver on what we've promised so far. We aren't going to let anyone down."

"Earthbound" will be released on January 29, 2916 via Nuclear Blast. 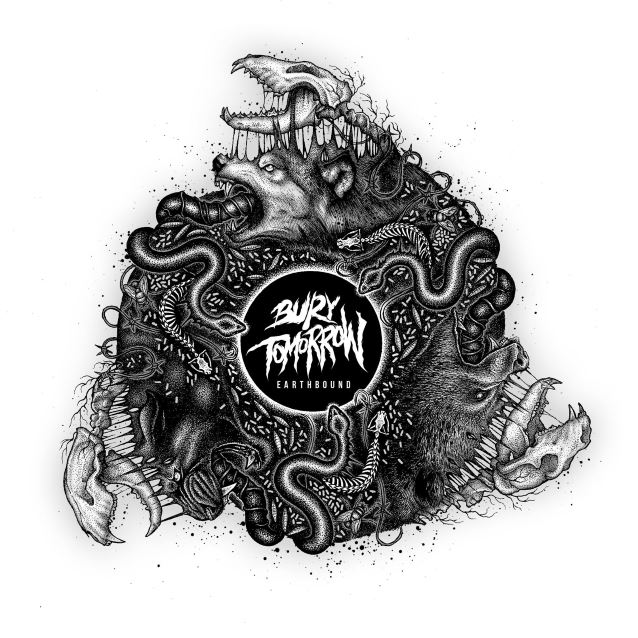