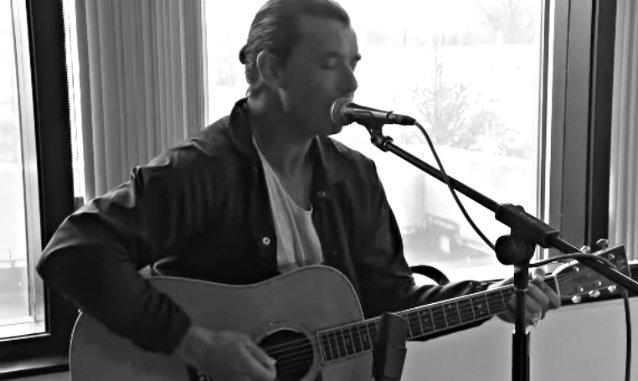 Gavin Rossdale and Chris Traynor of BUSH visited the Worcester/Boston, Massachusetts radio station WAAF yesterday (Monday, November 24) to play a few songs and talk about their new album, "Man On The Run", the 20th anniversary of "Sixteen Stone" and Gavin's "side job" as an actor. All of this while packed into a sweaty studio full of enthusiastic WAAF listeners and mega-BUSH fans. Check out video footage below.

"Man On The Run" was released on October 21. It follows up BUSH's 2011 comeback effort, "The Sea Of Memories", which was the first all-new BUSH album in a decade.

BUSH reissued four of its previous albums on October 14 in remastered editions, including 1994's "Sixteen Stone", 1996's "Razorblade Suitcase", 1999's "The Science of Things" and the 1997 remix LP, "Deconstructed".