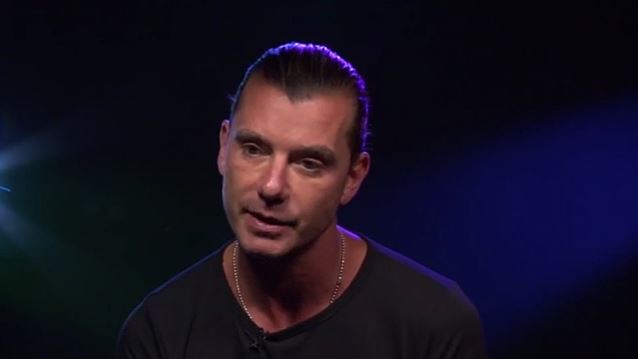 BUSH frontman Gavin Rossdale and NO DOUBT singer Gwen Stefani have confirmed that they are heading for divorce after 13 years of marriage. According to TMZ.com, Gwen cites irreconcilable differences in her divorce petition, and is asking for joint custody of the couple's 3 kids — 9-year-old Kingston, 6-year-old Zuma and 1-year-old Apollo.

The couple reportedly did not have a prenuptial agreement, so the 50/50 California community property rule will be used in determining the divorce.

Stefani's is worth an estimated $80 million, while Rossdale's estimated worth is $35 million. Stefani also reportedly sought to deny Rossdale spousal support in her filing.

The couple has since issued a statement to People magazine. It reads as follows: "While the two of us have come to the mutual decision that we will no longer be partners in marriage, we remain partners in parenthood and are committed to jointly raising our three sons in a happy and healthy environment. To that end, we respectfully request privacy from the media during this time."

Rossdale and Stefani tied the knot in 2002 after six years of dating. They met in 1995 when BUSH was headlining a tour in support of the band's debut album, "Sixteen Stone", with NO DOUBT as the support act.