BUTCHER BABIES To Release New Single, 'Bottom Of A Bottle', Next Week

BUTCHER BABIES will release a new single, "Bottom Of A Bottle", on October 30. The song will be the first taste of the band's forthcoming fourth studio album, tentatively due in early 2021 via an as-yet-undisclosed record label.

Earlier today (Friday, October 23),BUTCHER BABIES tweeted: "We wrote & recorded 'Bottom of a Bottle' in May2019, so we CAN'T wait for you all to hear it! Out everywhere on 10/30. We're pairing our new single with a Butcher Babies 10 year anniversary wine.. Butcher Burgundy! All this & MORE on 10/30".

Asked in a recent interview with Syfy Wire's "Metal Crush" how BUTCHER BABIES' new LP differs from 2017's "Lilith", singer Heidi Shepherd said: "It differs a lot. You still have the classic BUTCHER BABIES metal behind us, but I found myself wanting to sing more.

We wrote & recorded "Bottom of a Bottle" in May2019, so we CAN'T wait for you all to hear it! Out everywhere on 10/30
Pre-save 👉https://t.co/2wOT5flvmJ
We're pairing our new single with a Butcher Babies 10 year anniversary wine.. Butcher Burgundy! All this & MORE on 10/30 🤘🍷🤘 pic.twitter.com/QzacREkFiC 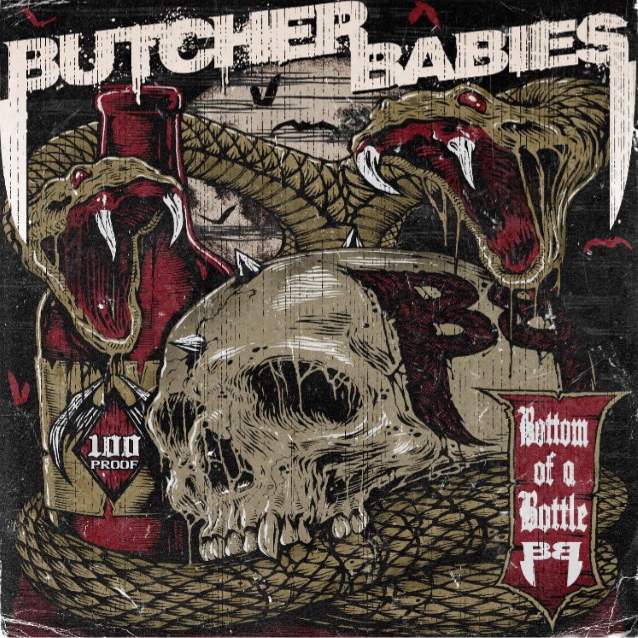