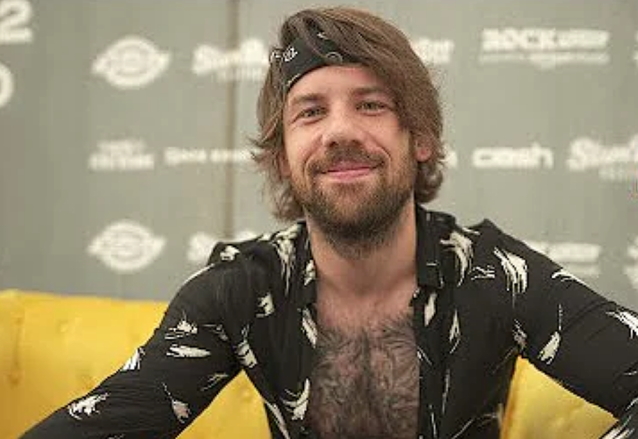 CALEB SHOMO Says BEARTOOTH's Next Album Is 'Done': 'No One Is Ready For What We're About To Drop'

BEARTOOTH singer and principal songwriter Caleb Shomo spoke to Rock Sound at this weekend's Slam Dunk Festival about when fans can expect to hear some new music from his band. He said: "It's coming real soon… [The album is] done. The music video is shot. The photo shoot [is] done. The album art is finished.

Shomo's latest comments come three months after he told WSOU 89.5 FM radio station that "half" of BEARTOOTH's next record was done. "I went out to L.A. — over the last month, I spent about three weeks there in total — and I've just been writing and working and coming up with kind of the new sound for this record," he explained back in March. "And it's just been happening really, really fast. And it's my favorite stuff I've ever written. I know a lot of people say that about their new stuff that's not out yet, but truly for me, it just couldn't describe more about where I'm at in my life, and I think the sound reflects that."

The 29-year-old frontman, who writes, performs, records and mixes everything that goes into BEARTOOTH's albums, elaborated on the musical direction of the band's new material, saying: "I'm trying to kind of push myself in a lot of ways, try new things that I've never tried before, try and show off different parts of my voice that I haven't used before. Yeah, it's going to be a wild ride."

The Ohio act recently released a deluxe edition of "Below". "Below Deluxe" is expanded to include 32 tracks. For this edition, BEARTOOTH added two new bonus tracks, "Fighting Back" and "Permanently Sealed", as well as a refreshed version of current radio single "Skin (Alternate Universe Version)", which mixes acoustics and electrics. It also includes the full, 17-track live recordings from the "Live From The Journey Below" livestream, recorded at the historic Clyde Theatre in Fort Wayne, Indiana in July 2021. An exclusive 52-track "Special Video Edition" Apple eMix bundle includes all the official videos plus the videos from "Live From The Journey Below".