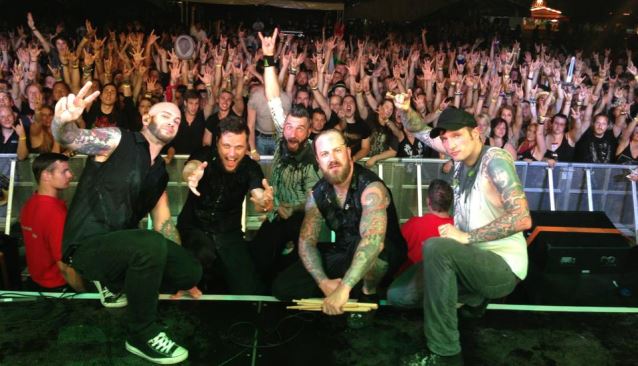 Germany's CALIBAN has entered the studio to begin recording its new album, "Ghost Empire", for a January 27, 2014 release via Century Media Records. The CD is once again being produced by guitarist Marc Görtz in cooperation with Benny Richter.

Says Görtz: "We are almost done with the recordings and are doing the finetunings on all the songs. This week we finished tracking the vocals and are adding the final guitars now.

"We couldn't be happier with the result!

"The new material follows the same direction we took with 'I Am Nemesis', but in a more consequent and intense way, with some new influences added.

"The pressure was pretty high after the success of 'I Am Nemesis', but we are a band that actually works best under pressure. Hence we were and are working very hard to come up with an even better album."