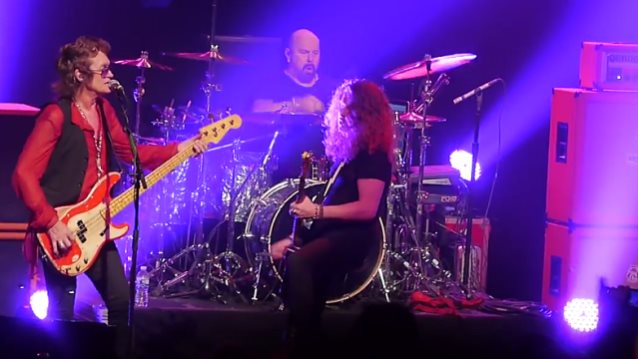 Quality fan-filmed video footage of CALIFORNIA BREED's May 31 performance at Gramercy Theatre in New York City can be seen below.

The group's self-titled debut album sold around 4,000 copies in the United States in its first week of release to land at position No. 78 on The Billboard 200 chart.

"California Breed" was recorded at producer Dave Cobb's Nashville studio and features equal co-writing credits among the three-man lineup. "It's proper rock," Hughes told Classic Rock magazine, "but at the same time it's very now. Andrew is as influenced by Mick Ronson as he is Jimmy Page." "This kid is amazing," says Bonham. "The first time we met I thought he looked like the white Jimi Hendrix. And he plays in the studio like he's on stage!"

* Deluxe Edition includes "Solo" bonus track and a DVD including 2 video clips ("The Way" and "Sweet Tea"), plus documentary 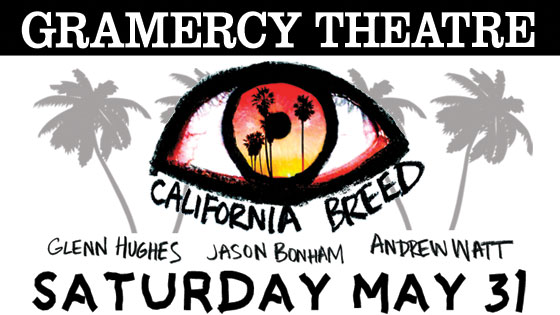