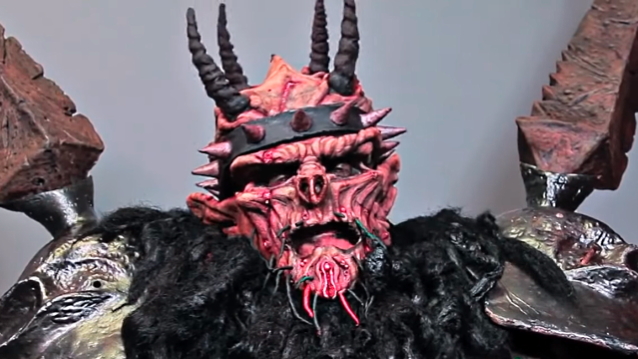 A fan-launched campaign to replace the controversial Robert E. Lee monument in Richmond, Virginia with a statue of late GWAR frontman Oderus Urungus has garnered more than 48,000 signatures, with a goal of 50,000.

The Confederate general died in 1870, 20 years before his statue was erected on Richmond's Monument Avenue.

Launched on June 12, the Change.org petition seeks to have the "racist" landmark replaced with a tribute to the GWAR co-founder and longtime leader, whose real name was Dave Brockie.

"Robert E. Lee is a failed war general that supported a racist cause," the petition reads. "For too long, the city of Richmond has been displaying statues of him and other loser Civil War veterans.

“We, the scumdogs of the universe, call on the city of Richmond to erect a statue of great local leader Oderus Urungus in its place."

Praising Brockie, the petition adds: "While Oderus comes from the planet Scumdogia, he called Richmond his home, working with the local art community and employing local artists and ladies of the night."

Brockie was found dead in his home in Richmond in March 2014. According to Virginia's State Medical Examiner's Office, he died from acute heroin toxicity by accidental means.