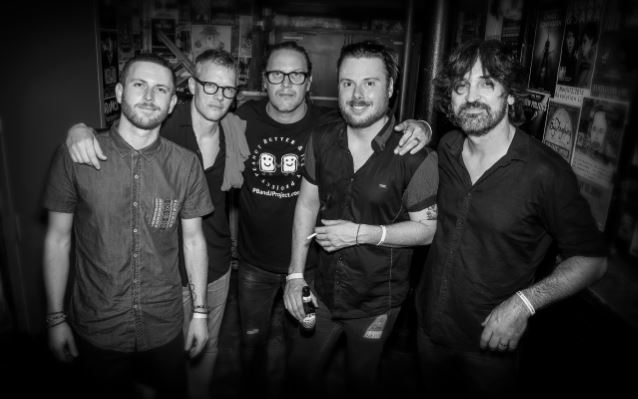 CANDLEBOX is reigniting the flame this summer as it announces plans for a summer and fall tour to celebrate the 20th anniversary of the band's sophomore album, "Lucy".

Released in 1995, "Lucy" was the successful follow-up to CANDLEBOX's debut and achieved gold certification thanks to songs like "Simple Lessons", "Best Friend" and the title track.

The tour, which will kick off July 23 in Lake Charles, Louisiana and run through the fall, will feature hits from "Lucy" as well as fan favorites.

"I'm stoked that Pete and Scott are having such great success with LOTUS CRUSH and their other projects. I wish them nothing but the best," said Kevin Martin, lead singer for CANDLEBOX.

Klett added: "It's time; there is nothing greater than playing music you've created in front of fans who love it with their heart and soul. That is what we have done with CANDLEBOX for 20-plus years. The wonderful people who have embraced us have done it with class. For that, Scott and I are extremely grateful."

The CANDLEBOX lineup continues with current member Adam Kury on bass and guitar, drummer Dave Krusen, who played with CANDLEBOX from 1996-2001 and was in PEARL JAM and was featured on the iconic "Ten" album, Mike Leslie and FOSTERCHILD guitarist Brian Quinn, who was labelmates and friends with Martin for years.