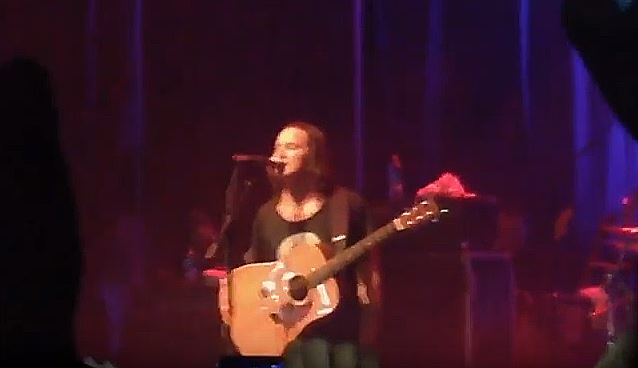 CANDLEBOX paid tribute to late STONE TEMPLE PILOTS singer Scott Weiland by performing a cover version of the STP classic "Creep" during CANDLEBOX's December 4 concert in Santiago, Chile. Video footage of their rendition can be seen below.

CANDLEBOX rontman Kevin Martin told the audience before the performance: "I first met Scott in 1993. We became fast friends. He was an incredibly talented human being. Scott fought with his demons for a long, long fucking time. And when I woke up this morning, [I had gotten] e-mails and texts and all sorts of shit… It broke my heart. So this one's for Scott."