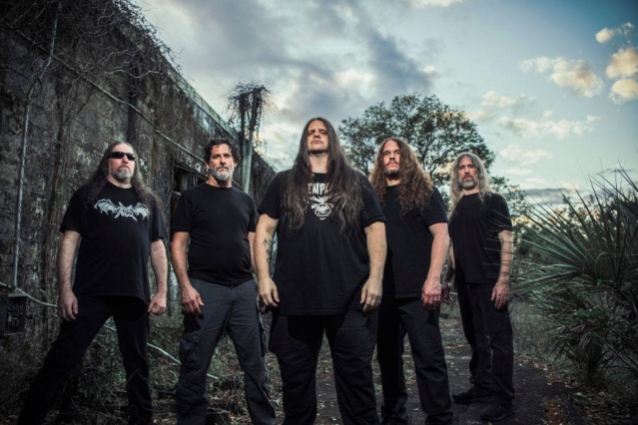 Death metal veterans CANNIBAL CORPSE will close out 2022 with a North American headlining tour. The month-long journey will commence November 3 in Silver Springs, Maryland and run through December 10 in St. Petersburg, Florida, with support provided by DARK FUNERAL, IMMOLATION and BLACK ANVIL. The trek includes a headlining performance at the first annual Decibel Magazine Metal & Beer Fest: Denver on December 2. Additionally, the band will appear on this year's edition of the Blue Ridge Rock Festival in September. Tickets for the tour go on sale this Friday, July 22 at 10:00 a.m. local time.

In a 2021 interview with Shawn Ratches of Laughingmonkeymusic, CANNIBAL CORPSE drummer and founding member Paul Mazurkiewicz was asked how long he thinks the band can keep going. He responded: "As long as we're all healthy, then who knows how long we can take it. I wouldn't have ever thought when I started that I'd still be doing this still at 53 years old. So, how long can we take? You've just gotta look at it, at this point, day by day. You never know. If you stay healthy and you keep active and you keep doing it, it's just gonna come down to that — it's gonna come down to the health factor. Because everybody knows — the older you get, anything can go wrong at any given time, whether it's a disease or an injury or whatever that you just go, 'I can't do it anymore. No matter how much I practice and how much I do the right thing, it doesn't matter.' So we've gotta just take it day by day at this point. There's no denying — we're more at the end of our career than we are in the beginning. Can we go another 30 years? Well, I highly doubt it. I would be 83 doing this… That would be incredible [if we could still do it at that age], but I would have to almost think that would slightly be impossible. I guess it's possible — who knows? We don't know. Nobody's done it in that sense in the extreme form.

"When you had [late THE ROLLING STONES drummer] Charlie Watts still doing it at 80 years old, that's amazing," he continued. "So the fact that [he was] still drumming and [he was] on stage at 80 is incredible. I just met Carmine Appice the other day, and he's 75. And the guy is still up there and playing and doing his thing — albeit it's not maybe extreme death metal, but still, he's up there playing drums… 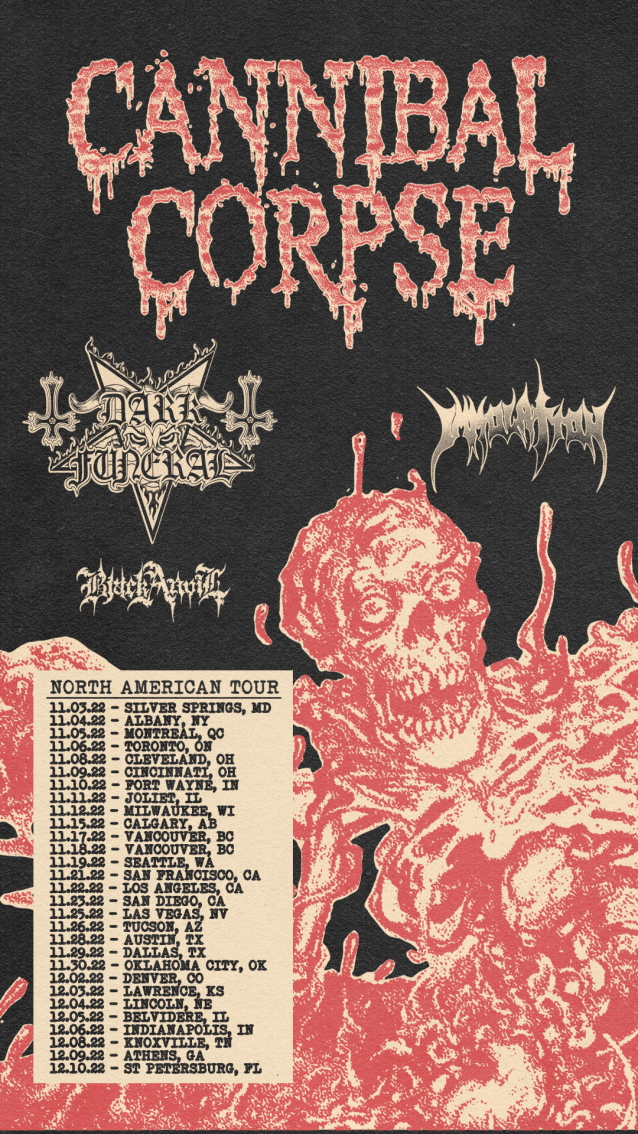