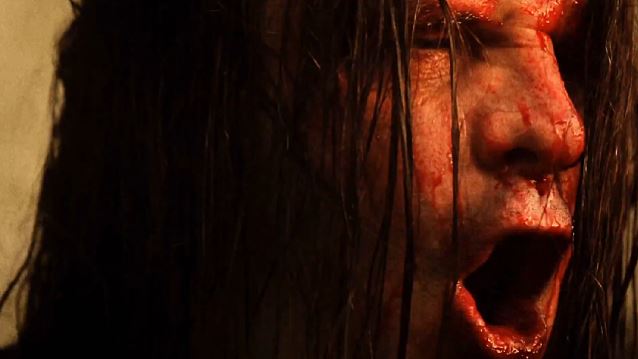 "Kill Or Become", the new video from Florida-based death metal veterans CANNIBAL CORPSE, can be seen below. The clip was directed by David Brodsky for MyGoodEye and was filmed on location at Kelly's Hideaway in Seffner, Florida.

"Kill Or Become" is taken from CANNIBAL CORPSE's new album, "A Skeletal Domain", which sold 8,800 copies in the United States in its first week of release to debut at position No. 32 on The Billboard 200 chart. The band's previous CD, "Torture", opened with 9,600 units to land at No. 38. This figure was in line with the first-week performance of 2009's "Evisceration Plague", which entered the chart at No. 66. CANNIBAL CORPSE's 2006 CD, "Kill", debuted at No. 170 after shifting more than 6,000 copies.