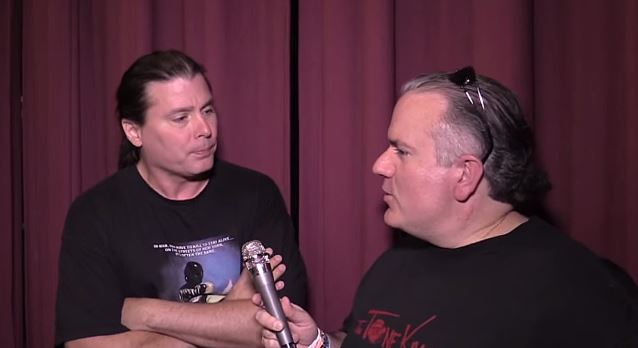 TheToneKing.com conducted an interview with guitarist Pat O'Brien of Florida death metal veterans CANNIBAL CORPSE at a recent stop on the Rockstar Energy Drink Mayhem Festival. You can now watch the chat below.

CANNIBAL CORPSE will release its new album, "A Skeletal Domain", on September 16 via Metal Blade Records.