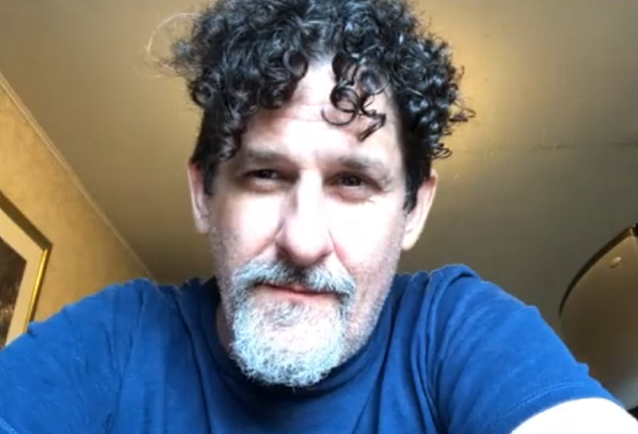 CANNIBAL CORPSE drummer Paul Mazurkiewicz spoke to "The Dan Chan Show" about the fact that his band is considered to be one of the forefathers of the late 1980s and early 1990s death metal scene. He said (as transcribed by BLABBERMOUTH.NET): "It's cool, I guess — just the fact that we happened to be in the right place at the right time, obviously, growing up when we did. So it's a little bit of luck in that way. And it's just very exciting and cool that we were able to kind of help create a genre here, I guess. The fact that, like I said, we're still around and relevant 30 years later and all that, it's pretty incredible. So, it's definitely a cool accomplishment and a cool feeling to know that we're one of the ones still standing and were there in the beginning of it all."

Asked if there is "some weight" around his and his bandmates' necks every time they make an album, Paul said: "I don't think so. I think we just do what we do. The way I look at it is we're CANNIBAL CORPSE. There was never any expectations. There wasn't some formula or something. We just strived and strived to be the best band we could. I think it really just comes out of us from inside when we have to create. So I think it's just kind of business as usual, for the most part, when we're about to start writing and put a new record out or what have you."

CANNIBAL CORPSE's new album, "Violence Unimagined", will be released on April 16 via Metal Blade Records. Erik Rutan, one of the death metal's most acclaimed guitarists who is known for his time as part of MORBID ANGEL throughout the '90s and early 2000s, as well as handling vocals/guitars for HATE ETERNAL, lent his guitar as well as production skills to the effort, which was recorded at his Mana Recording in St. Petersburg, Florida. Rutan previously produced four CANNIBAL CORPSE albums (in addition to "Violence Unimagined"),alongside the likes of GOATWHORE, SOILENT GREEN and BELPHEGOR. Filling in live on guitar since 2019, in 2020 he became a full member, contributing to the writing process.