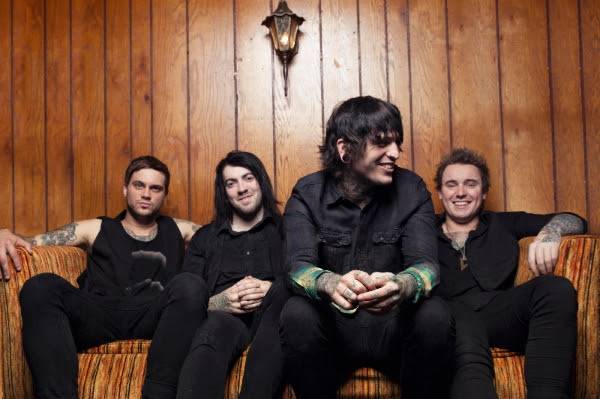 Artery Recordings has announced the signing of the Australian metalcore band CAPTURE THE CROWN. The group is currently recording its second album at Oceanic Recordings in Bethesda, Maryland with producer Taylor Larson.

Formed in early 2010, CAPTURE THE CROWN burst onto the scene with the viral video for the single "You Call That a Knife? This Is a Knife!" The band recorded its full-length debut, "'Til Death", at Cameron Mizell's Chango Studios in Florida and released it via Sumerian Records in 2012.

CAPTURE THE CROWN promoted "'Til Death" by embarking on high-profile tours with the likes of OF MICE & MEN, CHELSEA GRIN, EVERY TIME I DIE and STORY OF THE YEAR, to name a few, steadily building up a reputation as a dominant live act and a band to watch in the hard rock scene.

CAPTURE THE CROWN, which is now based in the U.S., has spent much of 2013 working on its new album and is understandably stoked about its new label partnership and what the future brings.

"CAPTURE THE CROWN is proud to announce that we're now a part of the Artery Recordings family," the band says in a statement. "We're insanely stoked to be working with the label staff and alongside the many artists on their roster. In saying this, we are currently finishing up our second full-length album which will be released shortly. We can't wait to show you what the REAL CAPTURE THE CROWN is capable of!"

Find more on Capture the crown