CARCASS And DEAFHEAVEN To Join Forces For U.S. Tour

CARCASS and DEAFHEAVEN will join forces for a U.S. co-headlining tour in the fall. Opening all shows will be INTER ARMA.

CARCASS guitarist Bill Steer told ResidentRockStar.com last month that fans shouldn't expect to see the follow-up to the band's "Surgical Steel" album (2013) anytime soon. He said: "Definitely not, 'cause we're still touring. It's just there was no way we could do it. I think some of us in the band really wanted to get stuck into that last year, but not everyone felt the same way, and I think in Jeff's [Walker, bass/vocals] mind, we need to be touring up until the end of this year, and then maybe we can, you know, slow down. 'Cause there's no way we can make a record while we're on the road. I mean, it's just not possible. It's not that kind of music."

DEAFHEAVEN's frontman George Clarke said in a statement that the concept of "New Bermuda" is meant to describe "a new destination in life, a nebulous point of arrival, and an unknown future where things get swallowed up and dragged into darkness." 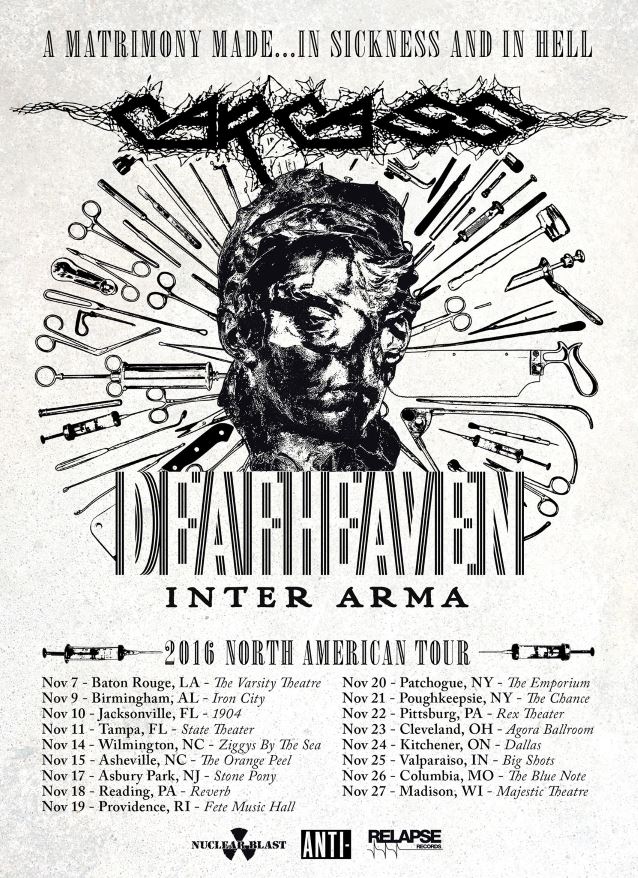